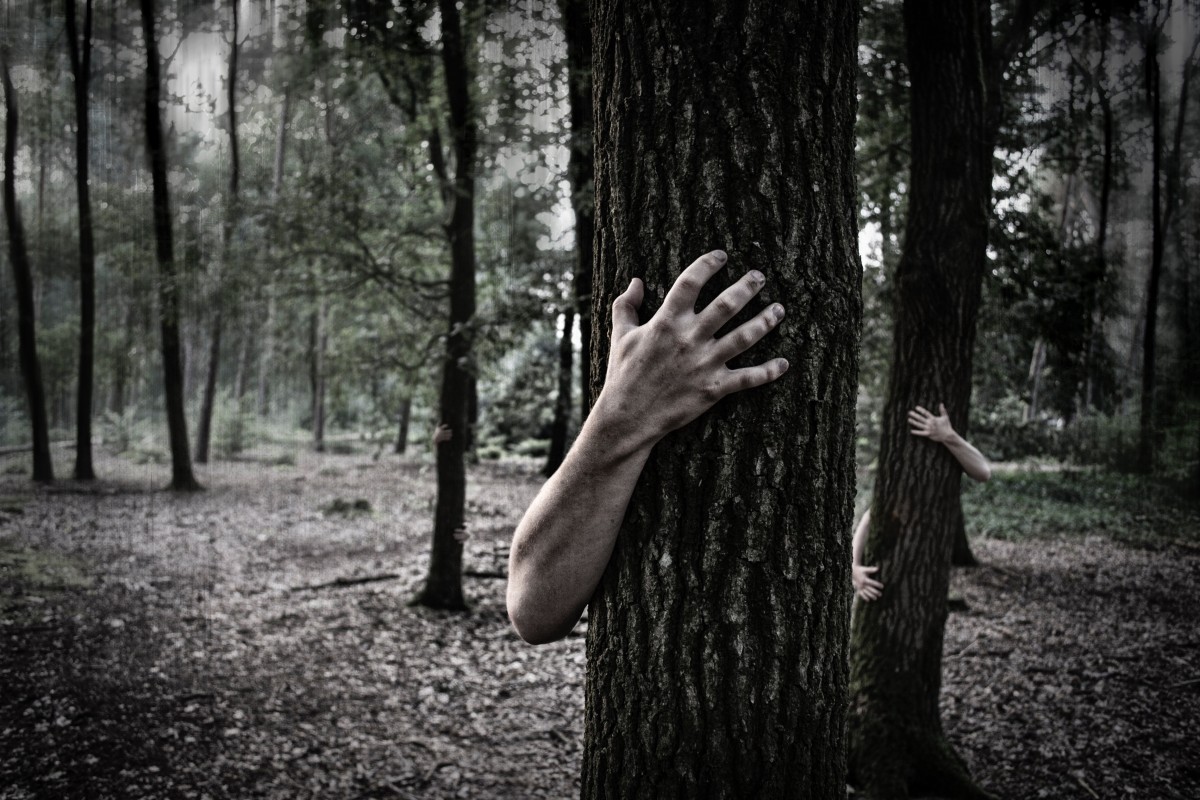 “You’re not more than one generation from poor white trash, are you, Agent Starling? And that accent you’ve tried so desperately to shed: pure West Virginia. What is your father, dear? Is he a coal miner?”

Agent Clarice Starling of the 1991 horror classic “The Silence of the Lambs” was one of the first characters in popular American film to feature a canonically West Virginia accent. Hannibal Lecter’s comment to Agent Starling — a character raised in West Virginia until her father’s untimely death — might strike a familiar nerve for Appalachians who similarly leave home and are forced to leave their accents behind.

American horror has historically been unkind to Appalachia. While “hillbilly” narratives bring in the big bucks, the blurring line between fantasy and reality has done no favors for popular perceptions of mountain folks.

Among classics like “The Silence of the Lambs,” newer cult horror releases set in Appalachia have entirely reshaped their respective subgenres of American Horror. The 2006 psychological horror film “Silent Hill” has grossed nearly $100 million worldwide and is widely acclaimed as one of the best video game-to-film adaptations of the new millenium. In the film, abandoned coal mines are left still-smoldering beneath the town of Silent Hill, and ash falls on the ghost town like flurries of snow. The scene harkens a reminder of the town’s fiery past. But the film’s setting was inspired by real-life Centralia, Pennsylvania, where an underground mine fire has been burning since 1962. It is a fantastical, other-worldly and Salem-esque history of witch hunts, not the real-life, equally-horrifying history of coal extraction, that haunts the fictional Silent Hill. But “Silent Hill” isn’t your typical hillbilly horror feature.

Fifteen years ago, on May 30, 2003, one of the genre’s worst offenders, “Wrong Turn,” was released in theaters, grossing more than $28.7 million. To outsiders, the film is an otherwise forgettable and generic slasher, featuring a cast of unfamiliar names, that joins a genre of early 2000’s cheap screams that are hard to beat: “The Texas Chainsaw Massacre,” “Final Destination,” and “Cherry Falls.” For West Virginians, the film reinvigorated some of the most painful stereotypes the region has had to face.

The film’s portrayal of Appalachian people is greatly influenced by outsiders’ perspectives on the abject poverty imagined to live isolated in our mountains. It’s hardly an accident that the murderous cannibal clan was styled by the film’s costume directors in threadbare, dirty duds. Vignettes feature the cast lurking around in ramshackle dwellings, covered in filth and grime. The infrastructure — dirt roads and deteriorating public amenities — is underdeveloped and crumbling. The film’s title implies that one should only find themselves navigating West Virginia’s backroads by accident.

More than a century of cultural dialogue has led to America’s visualization of rural space in Appalachia as ground zero for American poverty. In “Wrong Turn,” the recesses of a wealthy nation’s imagination envisions unseen poverty as a nightmarescape in which a storied history of neglect makes cannibals of people who live in exiled cabin slums.

Horror, as a format and genre, has roughly 120 minutes to terrify viewers, affording limited time and space for dialogue. As a result, horror film scripts rely on some of the most reductive and othering tropes to develop plotlines and character.

Historians like Ronald D. Eller have elegantly explained the processes that have led to Appalachia’s “othering.” Eller writes, “We know Appalachia exists because we need it to exist in order to define what we are not,” referring to the greater American population’s concept of an Appalachian America. “It is the ‘other America’ because the very idea of Appalachia convinces us of the righteousness of our own lives. The notion of Appalachia as a separate place, a region set off from mainstream culture and history, has allowed us to distance ourselves from the uncomfortable dilemmas that the story of Appalachia raises about our own lives and about the larger society.” Representation of the region in features like “Wrong Turn” have done some of that heavy lifting.

“Wrong Turn” follows a cast of bewildered outsiders — some visiting West Virginia to hike or rock climb and some passing through on business — as they stumble through an impenetrable forest to escape a stalking family of cannibal, film-stock “hillbillies.” Most of the murderous mountain dwellers appear horribly disfigured and the film’s intro scene flashes pages of books detailing the physiological effects of inbreeding.

West Virginia natives aren’t unfamiliar with incest stereotypes about the Mountain State. Professor Gabriel Rosenberg, a sexuality studies scholar at Duke University, told me that ideas linking rural people and supposed incestual behaviors find their way into horror film scripts due to age-old narratives that living away or far from society leads to degeneration. “Wrong Turn,” however, writes these narratives into flesh: “Three Finger,” “Three Toes,” “One Eye,” and “Saw Tooth” are characters costumed in special effects makeup created to materialize nightmarish “mutant genes” that rely on the assumption that the “incestuous hillbilly” already exists in the audience’s imagination.

The film was produced in a particular type of genre cycle in which “teenage horror” reached unseen commercial success, producing cult classics like “Scream” and “I Know What You Did Last Summer.” The influence of “Scream” inspired a new crop of lookalikes, motivating producers to write screenplays that join a never-ending roster of films that abide by the ‘90s teen thrasher model: young people find themselves in a terrifying predicament, stalked by a someone or something, and everyone dies, ad nauseam. In the case of making wrong turns, the something the urbane teens were stalked by was a twisted family tree of cannibal mountain people.

Teenagers were running from masked murderers, and slasher directors were chasing after chainsaws. Professor Rosenberg sees “Wrong Turn” as a part of a larger “farmhouse horror” film family that includes works like “The Texas Chainsaw Massacre.” Along with “Massacre,” “The Hills Have Eyes,” “The Devil’s Rejects” and “House of 1000 Corpses” prove Rosenberg’s theory that almost every American horror film set in a rural place features a family as the film plot’s villain. “The family that preys together stays together,” he says, noting that the “monstrous rural family” characters always stalk the protagonist as a unit.

John Boorman’s 1972 “Deliverance” introduced the ultimate backwoods terror plot archetype. A cast of city dwellers enter Appalachia’s wilderness for recreation and leave only after being stalked by murderous mountain men. One of the most notable scenes from the film has had incredible staying power in pop culture, lending itself to the butt of nearly every joke at the expense of rural people, “Paddle faster, I hear banjos!” The “dueling banjos” scene — although the instrumental composition itself won a Grammy Award for Best Country Instrumental Performance — has shaped the way Americans have relegated banjo-driven bluegrass to “backwards” and “backwoods.”

Professor Travis Stimeling, an ethnomusicologist at West Virginia University who focuses on traditional Appalachian music, believes that “Deliverance” has contributed to that stigma. He feels as though pop culture features like “Deliverance” and “The Beverly Hillbillies” have ultimately led to to the cultural association of banjos and bluegrass with white rural people, in spite of the true historical origins of the instrument.

Stimeling told me that people in the region who play bluegrass and old-time music have started to realign their relationships with the phase “Paddle faster, I hear banjos!” He says, “It’s interesting to see to see that phrase taken up by people in the bluegrass and old-time communities. Seeing that phrase reclaimed, not only in my own mind but by others, is really powerful.” Stimeling continued “You’ll see that sticker on guitar cases, banjo cases, Subarus. … It’s seen there as a source of pride. If I were someone who liked to go rafting and I heard banjos, I would also paddle faster, but in a different direction. I would paddle toward the banjos, not away.”

It’s true that our remote hills and forests can be terrifying at night. Appalachians themselves have done a far better job of capturing what lurks in the shadows of West Virginia’s wooded hills than fictional representations of hillbilly horror. A cartography of our sprawling landscape is decorated with cryptid sightings old and new — hello, mothmen — and some folks hang onto those stories for generations.

The second volume of the legendary “Foxfire” series provides a tell-all on Appalachia’s arcane unknown. David Wilson writes for “Foxfire’s” chapter on boogers, witches and haints, “That the people of these mountains have a rich supply of ‘haint’ tales is not at all surprising. They had conquered the land — but only in a small area around their doors. No matter how friendly the woods seemed in daylight, there were noises and mysterious lights there at night that were hard to ignore if you were out there all alone.”

I peered over glossy paperbacks featuring folktales of local hauntings in my elementary school’s library, which turned into my decade-long horror habit, but I never knew my favorite films could make monsters out of people like me.

In reality, “Wrong Turn” isn’t even filmed in West Virginia, but the franchise has lead to a 15-year legacy of urban outsiders mocking Mountain Staters. American horror has  underestimated its own reach of influence: more than a century of horror film history has redefined our fears, teaching us to always check the shower, shudder at flocks of birds, and writhe at the sight of expansive fields of corn and unending bodies of water. “Wrong Turn” has made it impossible to travel wooded hills without a foot on the gas pedal.

Following the film’s release, a popular, multinational clothing company began selling shirts emblazoned with “It’s all relative in West Virginia” and “West Virginia: No Lifeguard at the Gene Pool,” and the stereotypes persisted in horror film production well into the early 2000s.

During the 2008 production process of “Shelter,” casting director Donna Belajac posted a casting call searching for actors with physical abnormalities to extra in a scene set in a “West Virginia holler.” The call beckoned responses from extras with the features “Extraordinarily tall or short. Unusual body shapes, even physical abnormalities as long as there is normal mobility. Unusual facial features, especially eyes.” In response to public disapproval, Belajac told the Pittsburgh Tribune-Review, “I hope it’s not an offensive thing. It’s not meant to be a generalization about everyone in West Virginia. That’s why we put that it’s in a ‘holler’ in the mountains.” Belajac was fired.

We welcome you to explore what’s out there, but “leave no trace.” Horror films like “Wrong Turn” prove that the influence of misguided visual representations of Appalachian people produced by journalists in the 1960s has extended much further than socio-political dialogue in a War on Poverty. That a “Stranger with a Camera” should betray our people and wilderness comes as no surprise. The painful legacy of these stereotypes about our region has shown us what 15 years of wrong turns can do. Appalachia is not Hollywood’s nightmarescape.