The Geography of Health in America

A new county-by-county report finds that blacks and Native Americans have the most dire health statistics in the United States.

In 2016, a greater percentage of babies were born at low birthweight in Jackson County, Colorado, than anywhere else in the country.

That might not seem like such a big deal these days, with modern technology powerful enough to nurse babies who are born months premature back to health. But according to the Robert Wood Johnson Foundation’s annual County Health Rankings Report, we should think twice before dismissing the importance of underweight babies. Indeed, the 2018 Key Findings Report cautions that low birthweight (LBW) is an important signifier of long-lasting health discrepancies.

The context surrounding health problems like these is the focus of the 2018 annual County Health Rankings Report: After eight years of focusing largely on place-based health discrepancies, this year’s report seeks to highlight the disparities that exist between different communities in America. To do this, the researchers dig into the lines along which various health discrepancies fall, such as birth weight, child poverty, teen pregnancy, educational attainment, unemployment, and residential segregation. What they find is that these health measures are the worst in the Southwest, Southeast, Mississippi Delta, Appalachia, and the Plains regions. Within these places, communities of color are disproportionately affected across all measures.

“We need to understand those gaps in order to be able to present the whole story,” said Marjory Givens, an associate scientist at the University of Wisconsin’s County Health Rankings and Roadmaps Program. “Our intention is to call attention to the fact that not everyone has the opportunity to be healthy where they live, and that means having difficult conversations about segregation and structural inequities.”
So why is low birthweight so important? As Givens says: “When you start behind, you tend to stay behind.”

The annual report ranks the health of nearly every county in the nation, shedding light on the state of public health in America. Their rankings are based on a model that analyzes county-level data from all 50 states, which weighs over 30 health behaviors and outcomes (spanning housing and transit to drug and alcohol use, income, and access to clinical care). For some, the obstacles these measures define start at birth and persist throughout their lives.

According to the report, LBW babies — that is, those born at less than about 5.5 pounds — are at greater risk of developmental problems, cardiovascular disease, cognitive problems, and premature mortality, as well as other associated health issues. What makes this especially alarming is that, after about a decade of incremental decreases, the percentage of low birthweight babies grew 2 percent between 2014 and 2016.

Just as important, though, children are much more likely to be born underweight if their mothers are unhealthy. “The low birthweight measure gives us a sense not just of the experience of babies, it also provides an indication of maternal health,” Givens said. “We know that mothers who receive adequate and culturally competent prenatal care, and have equal access to economic opportunities, have more healthy birth outcomes.”

When it comes to birthweight, this means that being black has a strong impact on the likelihood that a baby will be born under 5.5 pounds. Across the country, the percentage of low birthweight babies born to black mothers in each state is higher than the average in the state’s bottom performing county. (And recently, The New York Times reported that the rate of maternal mortality for black women is three to four times higher than for white women, while black babies are more than twice as likely to die as infants than white babies are). However, there are complexities to this assessment: As mentioned, Jackson County, Colorado, in the Plains region, has the greatest percentage of low birthweight babies in the country — 27. Its population is approximately 96 percent white. It’s also a county where 25 percent of children live in poverty.

In many counties, it’s not just race, but the combination of race, place, and income that makes an impact: While in some places the percentage of babies with LBW is lower for Hispanics and Asians than it is for whites, in other places, this is not the case. But in most counties, black and American Indian/Alaskan Native mothers give birth to LBW babies at a higher rate than do other racial and ethnic groups, and for blacks, the difference is sizable.

“We know that the social and economic opportunities are what help to determine quality of life, and LBW is one indicator of that,” Givens said. “When you add racism into the conversation, those opportunities become fewer and far between for certain people.”

According to Columbia University’s National Center for Children in Poverty, 21 percent of all children in the U.S. live in families with incomes below the federal poverty line. And according to the County Health Rankings report, the highest child poverty rates are in rural counties — which are home to 23.2 percent of children living in poverty — followed closely by large urban metros (21.2 percent), smaller metros (20.5 percent) and finally, suburban counties (14.5 percent). In the country as a whole, child poverty rates are the highest in Southwestern and Southeastern counties, as well as parts of Appalachia, the Mississippi Delta, and the Plains.

The report notes that children who grow up in poverty are less likely to attend good schools, have fewer chances to secure living wage jobs, and are less likely to be healthy later in life. Although by numbers, there are more white children living in poverty than any other race, the threat is greatest for black, Hispanic, and American Indian/Alaskan Native children: For these groups, child poverty percentages are twice as high as the rates for white children. In fact, for black and Hispanic children, poverty rates are higher in suburban counties than they are for white children in rural counties.

There are strong ties between poverty and teen pregnancy, too. Though teen birth rates are currently at a record low — they’ve dropped 67 percent since 1991 — these improvements have largely been confined to the East and West coasts. While the coasts have improved, the Southwest and Southeast, as well as parts of Appalachia, the Mississippi Delta, and the Plains regions have seen little change over the last decade, according to the report.

The raw number of teens giving birth is highest in urban areas, where the majority of teens live, but teen birth rates are actually highest in rural counties. Today, teens in rural counties have the highest birth rates (35.9 for every 1,000 teen girls), which is about twice the rate for suburban counties, (18.5 for every 1,000). These rates are the highest for American Indian/Alaskan Native, Hispanic, and black teens, whose birth rates are twice as high as those for white and Asian teens.
Furthermore, the low teen birthrate may not last for long. A full 41 percent of the drop since 1991 occurred between 2010 and 2016, after the Obama Administration instituted the Teen Pregnancy Prevention Program—a national program from the Office of Adolescent Health (OAH) that funds community-based organizations working to prevent teen pregnancy. Yet, their funding will end in July: Last year, the Trump Administration made budget cuts that will force the OAH to end the program two years early.

One of the local programs that will be affected is Connect Spartanburg, an adolescent health organization that formed in 2007 after the South Carolina county learned that its teen birth rate had surpassed that of the state. By 2015, the county was able to lower its teen birth rate below the state’s, where it has remained since. But after they stop receiving OAH funding, Connect Spartanburg will have to cut some programs even though they say there is plenty of work left to be done.

“We really wanted to embrace a holistic model,” said Polly Edwards Padgett, the Adolescent Health Product Director for the Mary Black Foundation. “If I’m smoking weed every day after school because I live in a dangerous neighborhood, I’m not going to make good sexual health decisions.”

The researchers measured residential segregation only within small metro and large urban counties. It is defined using a dissimilarity index, in which higher values indicate greater levels of segregation. When breaking this down by racial and ethnic group, they found living in a segregated area has a greater impact on minority residents than white residents: They tend to experience greater rates of child poverty and lower high school graduation rates than those who live in less segregated areas. White residents, meanwhile, fare similarly in both segregated and integrated counties.

The chart below shows how this plays out for black residents, nation-wide. For example, while 43 percent of black children in highly segregated areas live in poverty, for white children living in places with similar levels of segregation, the number is just 14 percent.

While the report does not include national segregation statistics for other racial and ethnic groups, minority groups across the country who live in highly segregated counties face the same struggle. Miami-Dade, Florida, for example — which is 68 percent Hispanic — is highly segregated, with a dissimilarity index of 57 for white/non-white residents. (Note: the figure provided by the report does not measure the residential segregation experienced by Hispanic people in particular, but because of the large Hispanic population in Miami, it is the best available measure of it.) In turn, 26 percent of Hispanic children live in poverty, compared to 12 percent for white children, and there are 17 births for every 1,000 Hispanic girls between the ages of 15 and 19, compared to 10 births for every 1,000 white teens in the area.
Although the black population in Miami is much smaller — at 16 percent — segregation between black and white residents is even greater. Here, the dissimilarity index reaches 70. This seems to have noticeable health impacts: 43 percent of black children in Miami live in poverty, and there are 38 births for every 1,000 black girls between the ages of 15 and 19.

In San Juan County, New Mexico, the picture looks similar. Twenty percent of the population in the county is Hispanic, while 37 percent is Alaskan Native/American Indian. Here, the dissimilarity index for white and non-white residents is 55. The results play out in kind: 28 percent of Hispanic children in San Juan live in poverty, compared to 12 percent of white children. And when it comes to teen births, there are 56 births for every 1,000 Hispanic teenagers, while the number is 32 for white girls. (The report does not provide these numbers for Alaskan natives or American Indians.)

Segregation patterns between white and black, Hispanic, American Indian/Alaskan Native, and Asian children perpetuate bad health outcomes—such as low birthweight, infant mortality, child poverty, and low high school graduation rates—throughout the country. This holds up across racial and ethnic groups and affects nearly all the measures in the report.

“These differences in opportunities are the result of more than 100 years of the ways we have chosen to shape and govern our communities,” Givens said. “Redlining, unfair bank lending, all of these things have significantly affected opportunity.”

The report is positioned as an alarm and a call to action. It is the authors intent, they write, for leaders and community change makers to use the report to “better understand the local assets and challenges and implement strategies to address both place and racial gaps, creating communities where everyone has a fair and just chance to lead the healthiest life possible.”

This article was originally published by City Lab.

With faster connections and easy accessibility, these community institutions are the logical place to offer telehealth services. When…
byCraig Settles 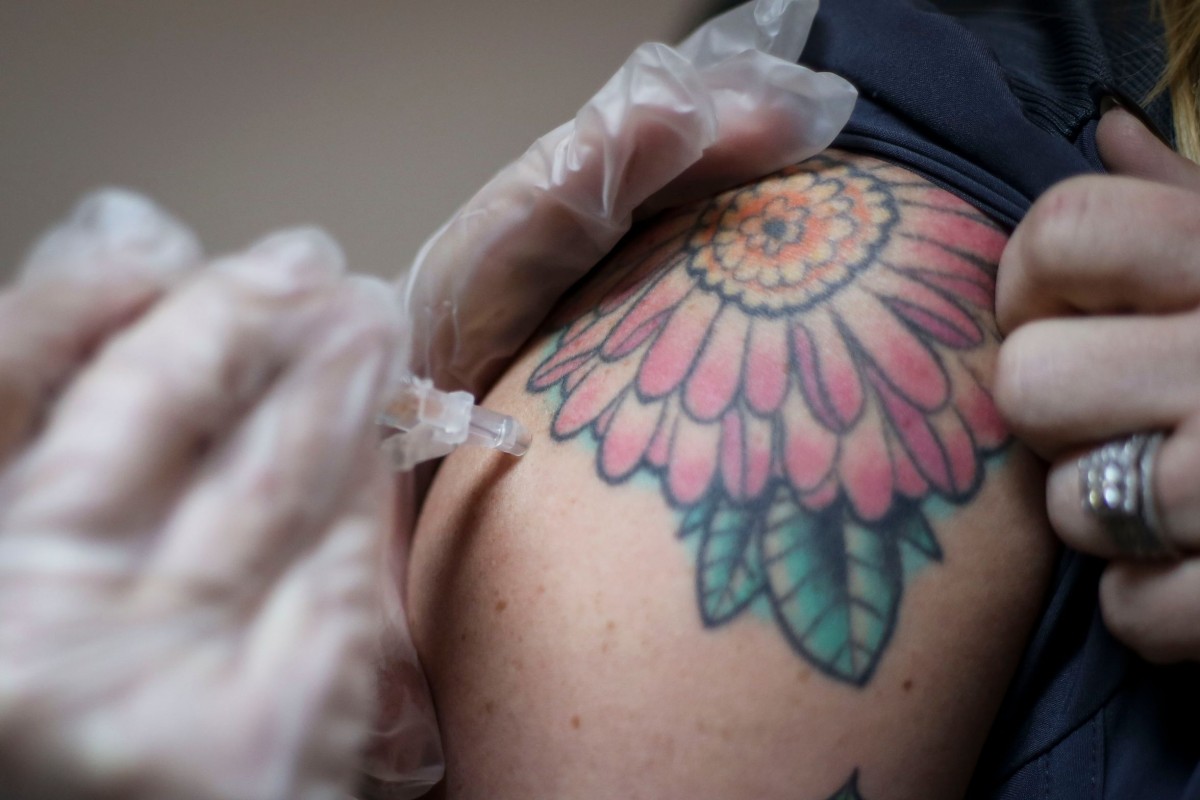 Kentucky’s Hepatitis A outbreak is the worst this century, sickening more than 4,100 and killing 43. And the…
byLaura Ungar & Chris Kenning, Louisville Courier Journal