byBianca Lynne Spriggs
5 minute read
My work is mostly concerned with championing the stories of women, particularly women of color. Stories shape us as much as the land does, and in the Appalachian region, the history of the land most often finds itself at home in the mouths of women. Photo credit Shutterstock.
Total
9
Shares
9
0
0

Poets don’t build houses and don’t save lives. But stories shape us as much as the land does, and in the Appalachian tradition, women are the history keepers and the storytellers.

I currently reside in the foothills of Appalachia in Ohio. From my front porch, although I can’t see it, I know to my left is a river and to my right stands two junior peaks. My favorite time of day is the gloam, when the entire tapestry of sky glows the neon blue of the day-star’s last stand against the horizon. That’s where my poems live. And when I’m very, very still, they will sidle up to the porch to run their antennae along my ankles. But I have to make no loud noises, no sudden movements. It’s best if poems mistake me for one of their own.

As far as career paths go, poet is a fairly pretentious choice. We don’t build houses. We don’t save lives. We’re not licensed to do much besides fiddle with the puzzle box that is language and feel very satisfied with ourselves for even coming close to solving it. It’s not exactly a useful profession, and yet, here I am.

I confess, I’m not sure that I’m suited to do much else. I’m an insomniac, so I keep strange hours. I’m not above hustling at whatever job will support my book habit, wanderlust, and compulsion to find out what I think by writing it down first. For me, that means I teach, although I like to think of myself more as a tour guide. I require long blocks of radio silence. Most of the time, I like the idea of people more than actual people which means a small town suits me: long stretches of silence punctuated by birdsong.

When I don’t have my own stories to cull from, I eavesdrop on others’. I can be downright nosy: a parasite of experience. I’m a sensation junkie. I can’t guess; one way or another, I have to know. While poetry is my first and most fluent literary tongue, like other Affrilachian Poets, a term created by Frank X Walker to refer to poets of color in Appalachia, I use my voice to amplify the voices of the marginalized and oppressed.

This is where the function of the West African griot and the Appalachian storyteller merge continents, sharing a tradition of weaving together narrative and lyric for their communities. I’m not so much storyteller as I am storybearer. My work is mostly concerned with championing the stories of women, particularly women of color. Stories shape us as much as the land does, and in the Appalachian region, the history of the land most often finds itself at home in the mouths of women.

I also write poetry because it’s the only thing that allows me to feel alive. Sometimes falling in love does, but more often than not, it’s the cessation of love that does the trick. Sometimes the curated blood-letting that is getting a tattoo comes close, but mostly I live for hunting poems. That’s when time stops. That’s when every bureaucratic hoop I have to jump through seems worth the price of admission, when I’m on a poem’s trail, or it’s on mine. I am haunted by poetry.

Poetry is a notoriously divisive genre. High-school students and undergrads all over the country are, as we speak, rolling their eyes over Frost and Dickinson and Yeats. Part of it has to do with the fact that contemporary audiences can’t always relate to the elevated tongues of canonical masters. On the other hand, too many contemporary poets write like they’re copying lines straight from a pretty little compact mirror. Some poets are so esoteric, they could care less whether an audience is picking up what they’re putting down at all. To them, the poem is more like an internal monologue.

Me? I don’t have much hubris attached to what I do. I don’t really know what to do with, say, an award unless there’s money attached, because, after all, I can’t exactly work effectively in the dark. I still don’t know why people celebrate poets (or anyone for that matter) for doing what they were born to do. It feels like giving an award to a bird for being able to fly.

But what I can tell you is that once a poem gets under your skin, you can’t un-read it. You can’t un-hear it. You can’t un-know it. We’re not called spellbinders for no reason. We can do things to and with language. We can reorient diction and syntax and rhythm until a reader cannot see the world the same as when they started the poem. They’re changed, irrevocably. And if enough people change their minds, the current paradigm cannot stay the same. No wonder whomever said, “The king fears no one but the poet,” decided to remain anonymous. I’m remembering now how Amiri Baraka‘s poem, “Somebody Blew Up America,” written not long after 9/11, not only got him deposed as poet laureate of New Jersey, but the position was eradicated altogether.

Poets try to come up with words for something there are no words for. Sometimes in the process, we learn a little bit about what we’re all doing here in the first place. One of the stories I tell during poetry workshop is how the Carolina parakeet, the only native North American member of the parrot family, went extinct. It goes like this:

In the 18th century, this country was lousy with a loud little bird with feathers bright enough to rival green tourmaline. They flocked in the hundreds and cats couldn’t kill them because the birds ate a particular kind of seed that proved fatal to felines. They were essentially pests and their only real use was for ladies who wanted to harvest their feathers for hats. Farmers wanted to be completely rid of them because they needed to remove many forests and replace the trees with crops. So, how did you catch a flock of Carolina parakeets? As it turns out, you only needed to catch one. You would tie it to a stake in the middle of a field within earshot of its kin. And because of this bird’s particularly strong flocking instinct, as a single bird strained against the string keeping it tethered to a field, its cries would reach the others. And they’d come. Oh, would they come. Hundreds strong, looking like the forest itself had risen up into the sun. And then, the farmer would net the lot.

For dramatic effect, I let that last line hang in the air, and I look in my students’ faces to make sure they understand that no, the Carolina parakeet can’t ever come back. “That’s a terrible story, isn’t it?” I ask them. They nod, appalled (as their poetry tour guide, I’m not doing my job if I don’t boot them off their swings at least once a week). “You can’t un-hear that story, can you?” They shake their heads, no.

“That’s what it means to be a poet,” I say, “You must save the thing that cannot ever, ever be saved.” 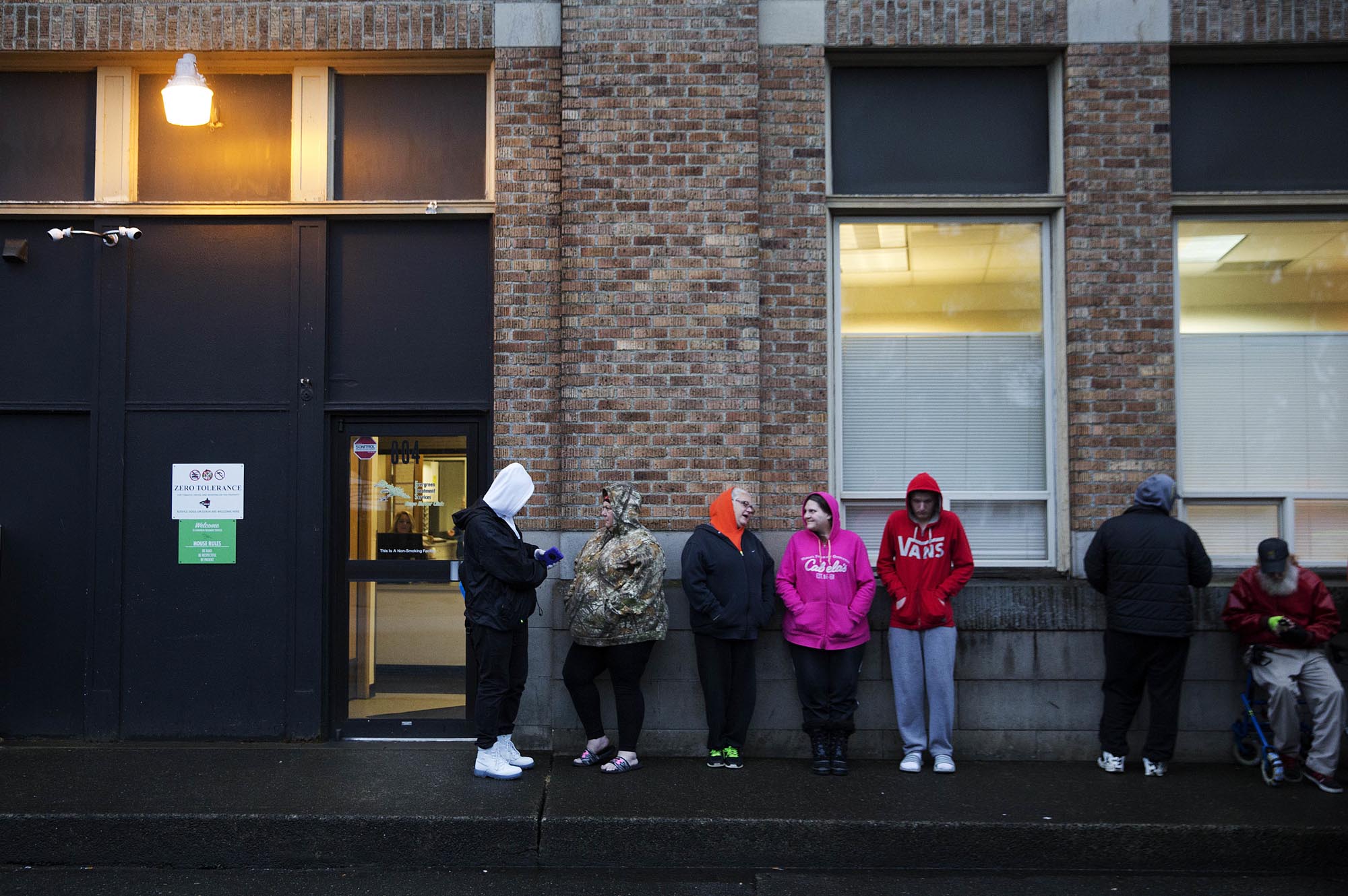 Progress in rural treatment options could have wide benefits for other underserved populations. But many challenges remain. Some…
byJamey Lister, Wayne State University 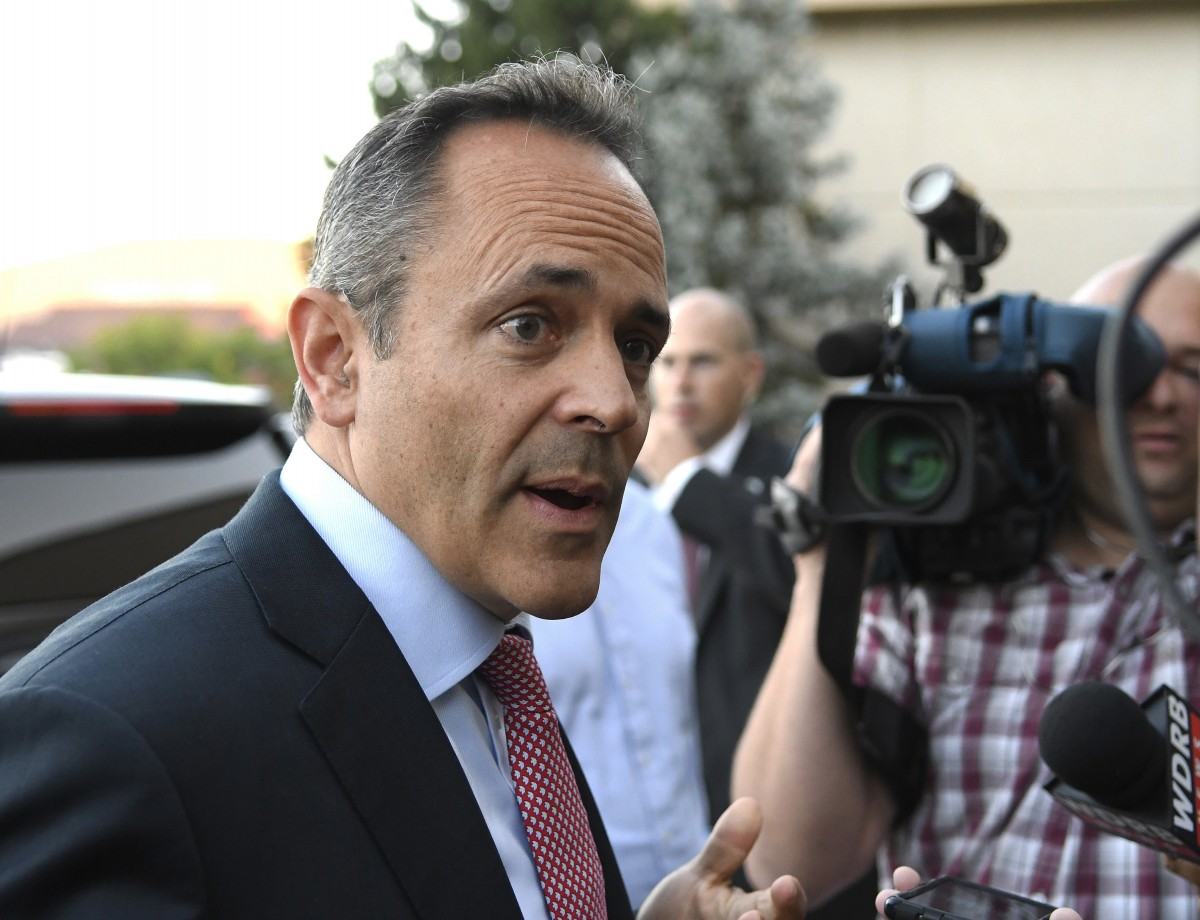 If Kentucky unions win their case before the state supreme court, we might see copycat lawsuits in the…
byNicole Knight

There is no excerpt because this is a protected post.
byArden Minor