According to a Brookings study, among the 13 states considered part of Appalachia, Louisiana, Pennsylvania, Ohio, New York, Maryland and Kentucky are among nation’s top importers of aluminum, with Georgia joining the group for some of the highest steel imports in the country. In many respects, these metals are central to the Appalachian economy. 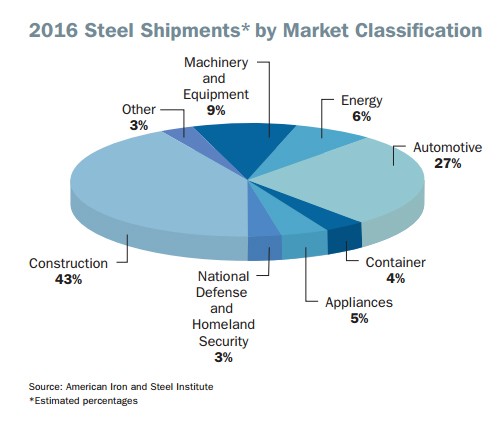 Louisiana’s list of key industries mirrors its northern neighbors to a large degree. And the uppermost tip of Appalachia, Pennsylvania, boasts natural gas and manufacturing as some of its strongest industries — again metal-products-reliant sectors.

On March 8, President Trump took action and signed tariffs on imported steel and aluminum, setting levels at 25 and 10 percent, respectively.

These tariffs are meant to mitigate what Trump and his Administration consider unfair trade practices by other countries that may be inherently leading to the decline of America’s own production of these industry-crucial raw materials. (Although, according to American Iron and Steel Institute, the general trend is actually the opposite.)

The majority of this popular criticism focuses on China’s trade practices. Leo W. Gerard, President of the United Steelworkers International had this to say on union’s blog:

“China’s practices violate international trade rules […] Steel employment in the United States has declined 35 percent since 2000, with 14,500 workers losing their jobs between January of 2015 and June of 2016. The plummet in aluminum employment was even steeper, with 58 percent of jobs lost in just the three years between 2013 and 2016.”

And yet, data from the U.S. Department of Commerce shows that the top four countries of origin for the steel imports in 2017 were: Canada at 16 percent, Brazil at 14, Korea at 10 and Mexico at 9. While China does remain the world’s largest producer of steel and aluminum, Chinese imports of the metal into the United States in 2017 oscillated around 2 percent.

New duties, which went into effect today at 12:01 a.m., have been met with praise from the U.S. steel industry, with Gerard calling it a “decisive action to ensure that adequate supplies and industrial capacity of aluminum and steel were available to support national security.” The moves were met with a more moderate response from the Aluminum Association, which called for “more targeted action and an immediate move toward government-to-government negotiations to address Chinese aluminum overcapacity.”

The March 8th announcement was met with almost unanimous critique from politicians on both sides of the aisle, as well as concerned representatives from groups like the American Automotive Policy Council, the U.S. Chamber of Commerce, and heavy hitters like Boeing and General Motors.

The coal industry could potentially have a complicated relationship with the new duties too. Metallurgical coal (or coke) is a crucial resource for the steel industry. According to the World Coal Association it takes around 770 kg of metallurgical coal to produce one ton of steel. 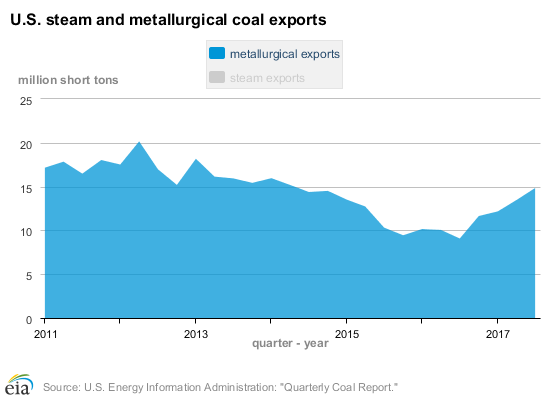 While production and sales of coke have been on the steady rise and the potential increase in production of domestic steel could further benefit metallurgical coal producers, it may take time before steel mills deem hiring more workers and restarting more furnaces a viable option. Producers of coal used for heating may, however, be faced by higher prices of the industrial equipment and machinery and see little of any benefits from the tariffs.

The White House remains resistant to voices coming from the industry and only in the face of severe critique slightly aligned its policy with the recommendations.

Many Republican leaders, including Speaker of the House Paul Ryan, publicly cautioned the President against dangerous consequences of a potential trade war with some of the United States’ closest allies around the world.

Responses among other legislators from Appalachia vary. Democratic Senator Joe Manchin of West Virginia threw his full support behind the tariffs. As reported by Reuters, Sen. Mitch McConnell of Kentucky walked a cautious line between echoing Ryan’s warnings, while cooling hopes for any action by his chamber to counter the tariffs.

In his op-ed, Gerard of USW attacked Paul Ryan for his opposition to the tariffs, and made some critical remarks about GOP’s tax cuts, while defending the biggest importers of steel products into the country, presenting the issue as a matter of strategic partnerships.

“Most of the aluminum imported into the United States comes from Canada, a country that respects trade regulations and operates a market economy, just like the United States. As a result, Canada should be exempted from the steel or aluminum tariffs.”

This narrative seems to shift according to political necessities between the USW, the American Aluminum Association, the White House and other business organizations. The 56 percent of U.S. imported aluminum from Canada may be a question of partnership, while the 6 percent bought from China is considered the national security threat and a valid reason to impose the tariffs.

As early as June of 2017 the Aluminum Association presented three, very specific recommendations to the U.S. Department of Commerce, which at that point was starting its “Section 232 National Security Investigation of Imports of Aluminum.”

2. Do not impact current trading relationship between the U.S. and critical trading partner countries which have been determined by the Department of Commerce to be operating as market economies (especially Canada and the European Union, and which support U.S. aluminum production and jobs, and are highly integrated with North American supply chains); and

3. Have positive effects for the domestic aluminum value chain, including both primary and downstream U.S. producers and their employees.

Until very recently these calls seemed to be falling on deaf ears in the West Wing. But in the early morning on March 22, President Trump zeroed in on China as the culprit of the unfair and borderline criminal trade practices. In typical Trump-speak the President outlined the United States trade relationship with China stating that “we have one particular problem. And I view them as a friend; I have tremendous respect for President Xi. We have a great relationship. […] And that’s China. But we have a trade deficit, depending on the way you calculate, of $504 billion. Now, some people would say it’s really $375 billion […] but any way you look at it, it is the largest deficit of any country in the history of our world. It’s out of control. We have a tremendous intellectual property theft situation going on, which likewise is hundreds of billions of dollars. And that’s on a yearly basis.” After his speech, the President signed a memorandum ordering tariffs targeting what could amount to $60 billion in goods imported from China.

Later that night, less than 24 hours before the steel and aluminum tariffs were scheduled to go into the effect, the White House informed that as a result of ongoing negotiations a number of countries including Canada, Mexico, South Korea, Australia and the member countries of the European Union, were granted temporary exemptions. It seems that the mounting pressure from industry, political establishment, unions and U.S. allies earned the international traders a temporary win.

However, it is more likely that the President sees this as a strategic move to achieve leverage in the ongoing NAFTA and other negotiations. There is no guarantee at this point that the exemptions will be extended beyond the May 1 or turned permanent if the talks fail to satisfy the President.

United Steel Workers reacted to the announcement with a reserved and cautioned statement:

“The impact of individual country exemptions or product exclusions needs to be carefully examined as to their overall impact on the U.S. market as well as on individual product lines and the effect on our national security interests. […] It would be a tragedy if the initial optimism of our members about the 232’s impact on their livelihoods was undermined by unwise and overly broad exemptions and exclusions.”

The European Union already warned about its potential response to the tariffs. One of the products it’s planning to target is Kentucky bourbon. According to the Kentucky Distillers Association “Bourbon is an $8.5 billion signature industry in Kentucky, generating 17,500 jobs with an annual payroll of $800 million. Spirits production and consumption pours more than $825 million in federal, state and local tax coffers every year.”

These numbers could be jeopardized by potential duties placed on Kentucky’s signature spirit in retaliation by the EU.

In a careful statement the Association’s president, Eric Gregory, concluded that “While questions remain about the Administration’s Proclamation on tariffs today, we’re encouraged that it appears to establish a process for granting exemptions to certain trading partners, which could potentially alleviate any retaliatory actions against Kentucky’s signature Bourbon and distilled spirits industry […] We remain hopeful that a long-term solution can be found to avoid a costly trade war and protect our allies and partnerships around the world, which will continue to benefit spirits producers and consumers for years to come.”

It looks like many industry leaders find themselves caught between a rock and a hard place. Policies that theoretically should be beneficial turn out to be dangerous on both domestic and international levels, forcing a deluge of statements trying to praise and warn at the same time, while avoiding any direct criticism of the President, who portrays himself as a great friend of American workers. With these new exemptions, the Administration merely suspended a threat of a trade war with America’s closest allies for little over a month.

The discomfort among people and politicians who are clearly in a though political spot due to Trump’s heavy handed policies is palpable. Almost every person we reached out to for the purposes of this article declined to talk and engage, directing us to carefully crafted statements. 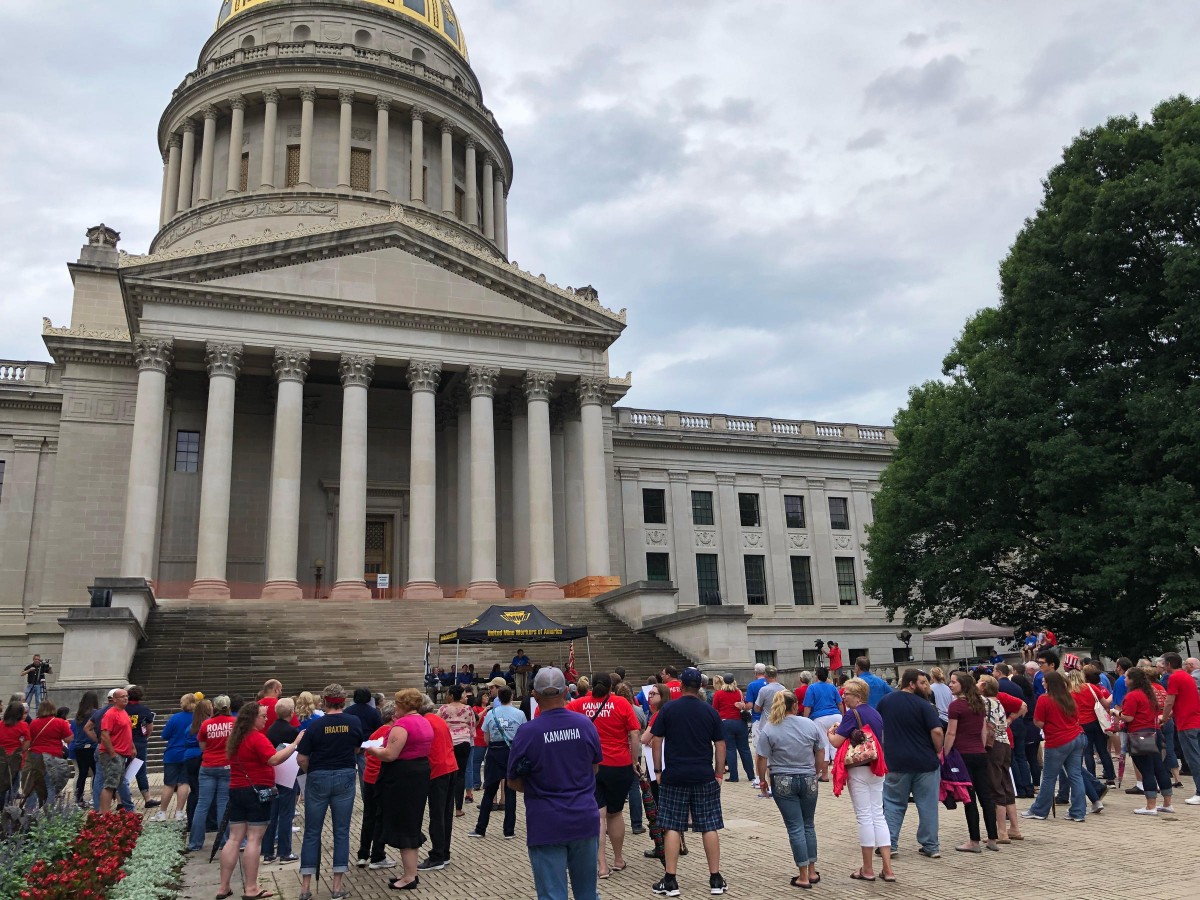 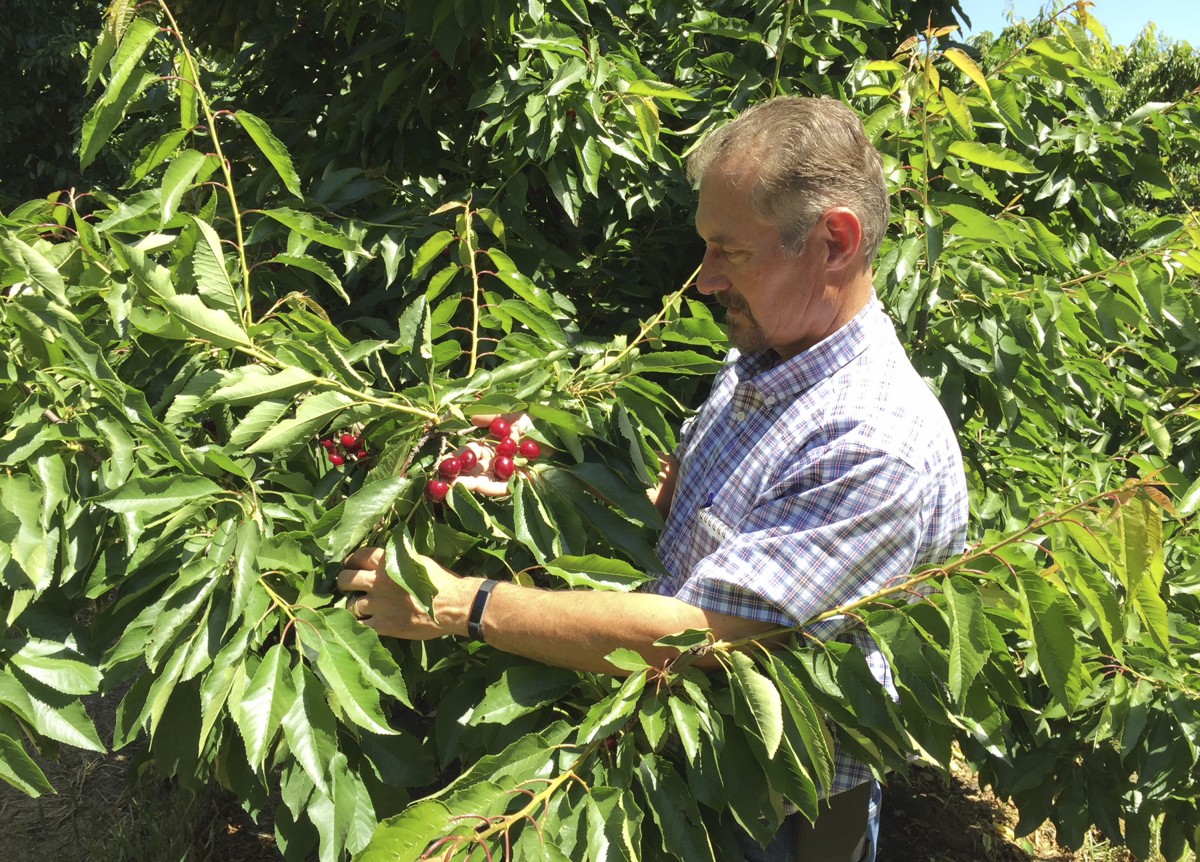 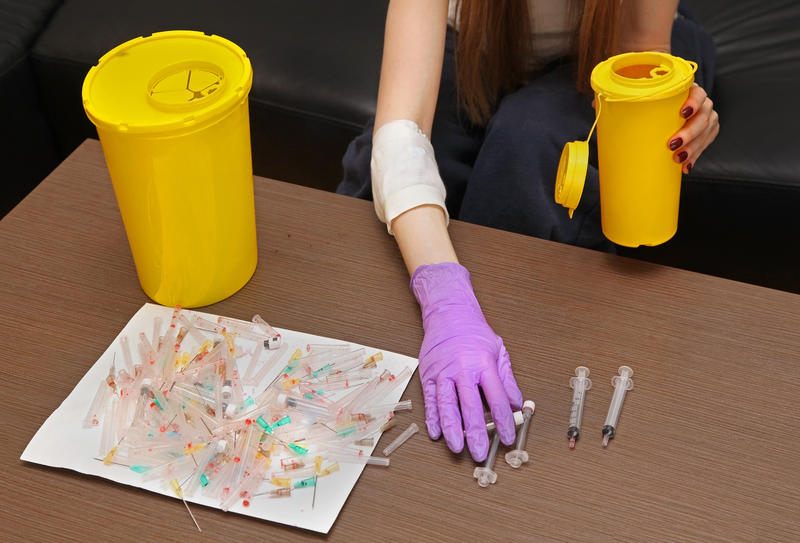 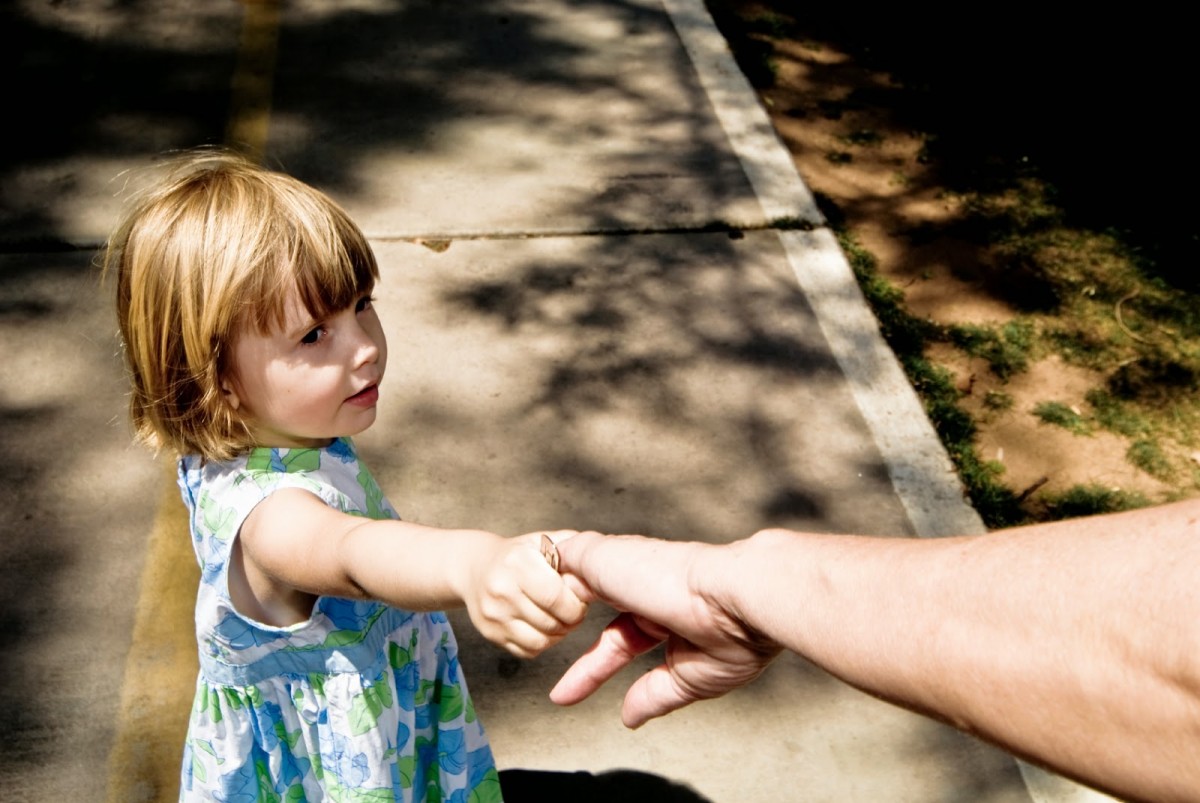