Teachers across West Virginia walked off the job Thursday, demonstrating at the state Capitol and at some schools in frustration over what they say is state leaders’ refusal to pay them and fund their benefits adequately.

Late Wednesday, Gov. Jim Justice announced that he had signed a bill, passed by the state Senate earlier in the day, that would give teachers a 2 percent raise as of July 1, and a 1 percent raise each of the following two years, as well as raises for other public employees.

Teachers say those raises would be swallowed up by premium hikes and benefit cuts from the Public Employee Insurance Agency. At the governor’s urging, PEIA board members froze those cuts for a year, but teachers say a long-term solution is needed.

More than 1,000 demonstrators were in line Thursday morning at the Capitol’s West Wing entrance, waiting to express their displeasure with state lawmakers. As of 2:30 p.m., more than 4,500 people had entered the Capitol through the two public access points, according to the state Department of Military Affairs and Public Safety.

Randi Weingarten, national president of the American Federation of Teachers union, joined protesters on the Kanawha River side of the state Capitol. About 200 people were there shortly after 8:30 a.m., when a honking bus let off a dozen more. The crowd chanted “Fed up, fired up!” and “Enough is enough!”

“I’m reporting for duty on the picket line,” Weingarten said. “They are engaged in a righteous and fundamental American values fight for dignity and respect.”

She said West Virginia teachers have been “disrespected by their government officials who think it’s more important to give tax cuts to the wealthy and to corporations” than to invest in education.

“People are saying we can’t actually live and teach and we need the Legislature to actually treat us like the priority education should be,” she said.

Weingarten said the first step to ending the walkout by March 10, the end of the legislative session, would be “to not do what the Senate did, which was actually to lower the House proposal.”

The state Senate shaved a year off the House of Delegates’ proposed teacher pay raise of 2 percent next school year, followed by three years of 1 percent annual increases.

Donald Thomas, a teacher at Putnam County’s Hurricane High School, was among those protesting in front of the Capitol. He expressed a commonly heard comment on the already enacted freezing of Public Employees Insurance Agency health insurance premiums and other aspects of PEIA benefits through the middle of 2019.

Amid the growing protests from public school employees, Justice proposed that move, which stopped previously approved benefit cuts from occurring, and Republican legislative leaders have pushed to find funding to support the freeze.

“They want to wait until after November, I think is the problem most people have, trying to shut us up for the election,” Thomas said. “I feel like that’s what most people are taking from the 17-month freeze.”

In Boone County, a group of teachers held up signs and waved to passing drivers in front of Scott High School.

“These are issues we’ve wanted to address for a while now,” said Scott High teacher Kelli Vance. “Especially with it being statewide action, it goes to show it’s a bigger deal to us than they thought.”

Heather Ritter, a librarian at Scott, said: “When we went to the Board of Education’s website last night and saw the entire state was red— that was amazing. They weren’t unified in 1990, but we are today.”

Counties highlighted in red denoted ones that were taking part in today’s protest. Eventually, the entire map was colored red Wednesday evening.

This article was originally published in Charleston Gazette-Mail. 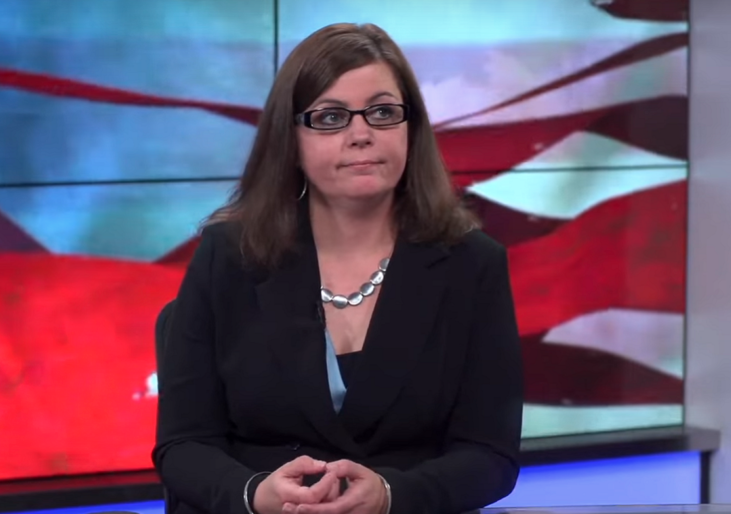 “Democrats are tired of not having a Democratic candidate. When you have Democrats that act like Republicans, they’re…
byRebecca Turnbull 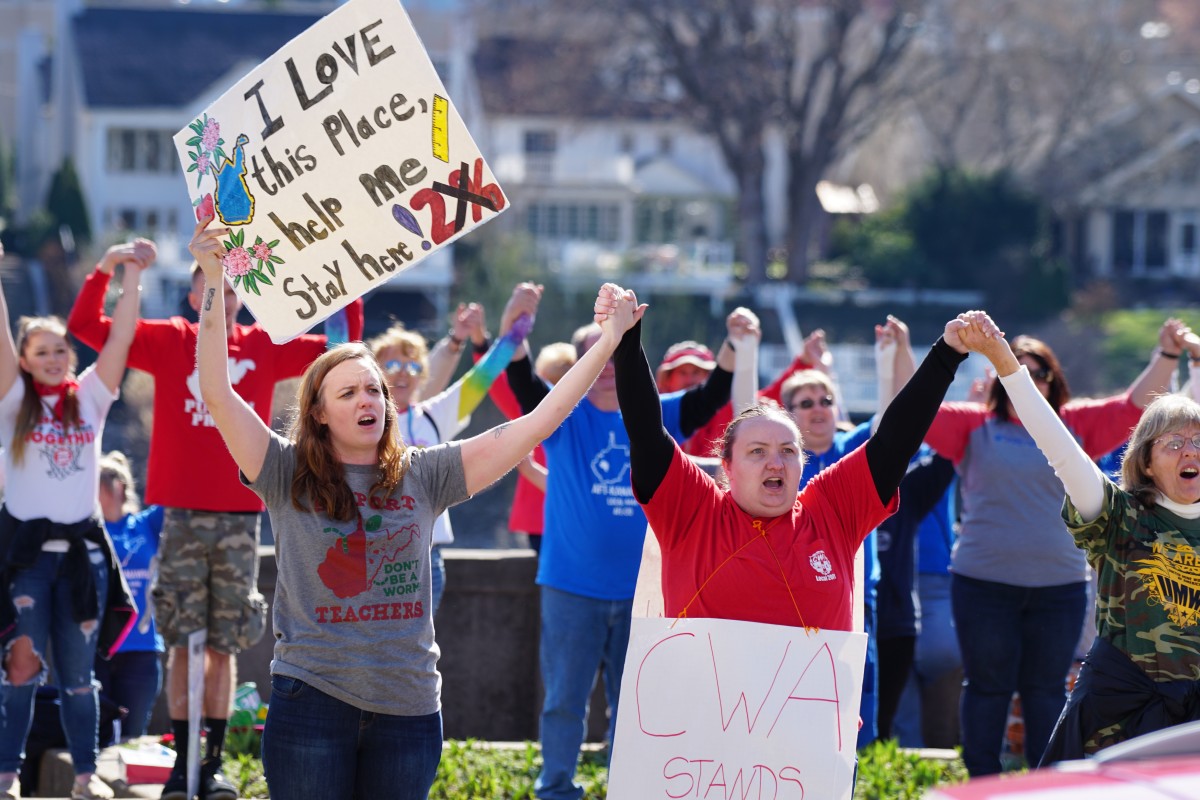