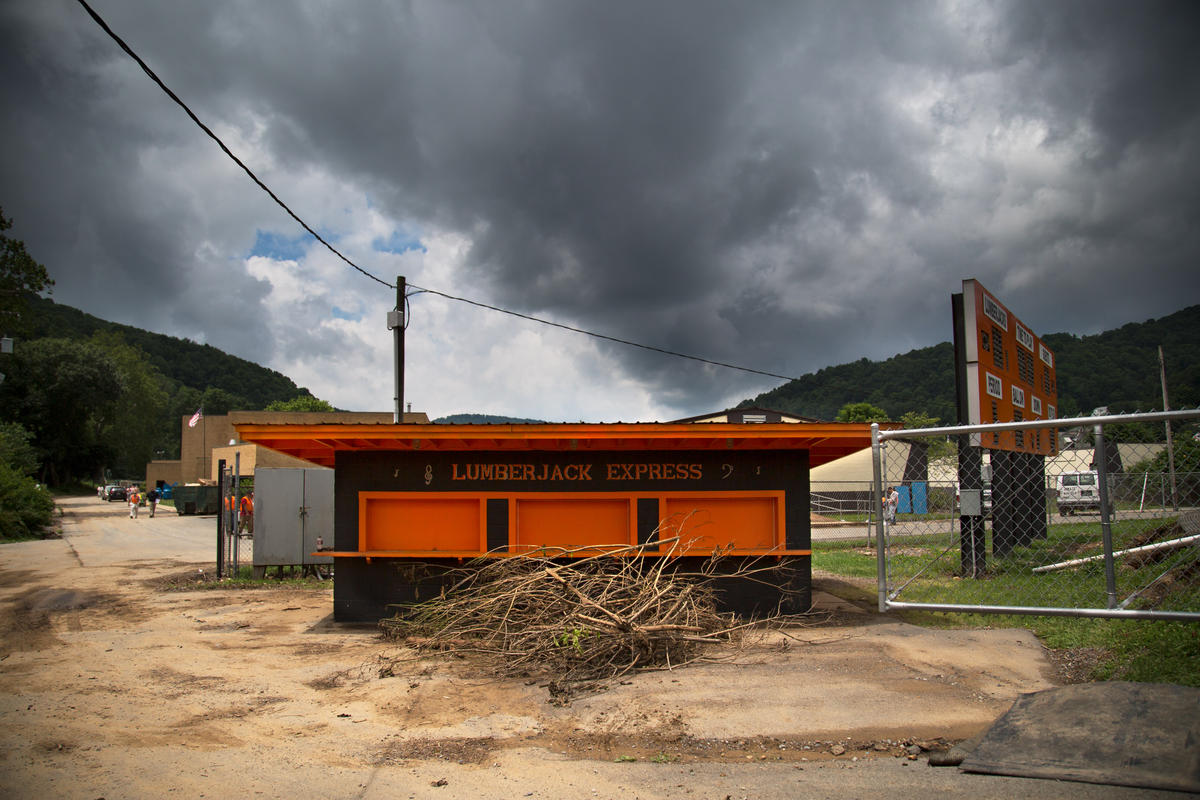 In many rural towns throughout Appalachia–and across the world, for that matter—the school and the church may be the only public spaces where a community can see itself. The livelihood of one of those spaces is currently at the mercy of state-level redistricting.

The West Virginia Supreme Court this month ruled that the state Board of Education was within its rights to reject the Nicholas County Board of Education’s plan to consolidate three schools damaged by flooding into one campus, after the state board alleged that local power did not give “serious, formal consideration” to a plan other than this consolidation.

“Untold resources of county boards will be wasted as they labor in futility to satisfy unknown standards,” a brief from the West Virginia School Board Association states in favor of the local jurisdiction, “and the legally prescribed decision-making processes of county boards will be obliterated in favor of undefined and ever-shifting opinions held by State Board members.”

Like on many issues, Appalachia’s sentiments echo those of the nation overall, amplified. Last year, 84 percent of polled Americans throughout the country said that even when a public school has been failing for several years, the best response is to keep the school open and try to improve it rather than shut it down.

But on the whole, research does support the idea that closing a low-performing school—leaving
families with essentially no choice but to send their child to an inherently better-performing one—does have positive outcomes for individual students, even outweighing the effects of the negative stressors of switching schools.

But Urban Institute researchers Megan Gallagher and Amanda Gold argue that this “improvement” may only be ostensibly true in some communities, especially in rural areas.

When public schools shut down—everywhere, but especially here—poor and non-white students are the most likely to face the brunt of the fallout, according to their new analysis this year from The Urban Institute. The study takes a look at school and census data on the more than 200,000 students annually affected by school closures and breaks down contributing factors by regional demographics, with surprising findings.

The Urban Institute’s study, “Subtracting Schools from Communities,” points out that in the 2012-2013 school year, 26 percent of school closures happened in rural areas, against 53 percent in suburban areas and 21 percent in urban areas. But although urban schools may be disproportionately represented in this data, rural schools often have the hardest time making up for the loss in a community. As such, the same neutral-to-positive outcomes are not as much the case in rural districts.

Rural school systems make up more than half of the nation’s operating school districts, according to the National Center for Education Statistics. Considering some ancillary factors like transportation; in Appalachia, when the closest school closes, a student might spend up to an hour longer on a bus traveling to another campus. In areas with limited resources to begin with, this means fewer kids with access to school-sponsored extracurricular activities, further limiting chances for college acceptance in places where traditional jobs for those without degrees are fleeing at a rapid clip.

While educational attainment of people living in non-metro areas has increased markedly over
the past decade, it is still well below that of metro residents, according to the USDA Economic
Research Service. Compared to their urban and suburban counterparts, rural students are still
far less likely to attend college. The Urban Institute’s research confirms that most of the communities surrounding those closed schools on average had more adults with lower education levels.

“The typical notion of school closures is that they’re happening in urban areas, and in specific cities like Chicago and Philadelphia and Boston and Newark,” Gallagher said in the Urban Institute’s release. “This study shows that all kinds of communities, and all kinds of students, have had to cope with school closures.”

CREDO at Stanford University also released a national study on school closure later this year, finding that the quality of the receiving school made a significant difference in post-closure student outcomes, meaning that students who attended better schools post-closure tended to make greater academic gains than their peers.

The Obama administration’s School Improvement Grant program encouraged districts to consider outright closures as one option for troubled campuses, but it was a rarely used model, accounting for just 2 percent of the schools in the $7 billion federal grant program. And under No Child Left Behind, the Bush administration pushed for districts and states to shut down schools that failed continually to meet performance benchmarks. But again, that trigger was almost never pulled.

The Every Student Succeeds Act, the new education law that replaces No Child Left Behind, has been critiqued by education organizations on both sides, but worth noting is that is does eliminate the School Improvement Grants program, which gave districts the control to perform sweeping school closures that result in controversial consolidations.

Often unknowingly, education leaders and policymakers with the most leverage fail to consider
these special challenges faced by rural students, Sarah Beasley and Neal Holly of the West
Virginia Higher Education Policy Commission wrote for The Chronicle of Higher Education in
2013.

Appalachian towns tend to be highly involved with their schools; the schools are often the social anchor of the community, and they provide services not available elsewhere, like sports, summer lunch programs, night classes, and food pantries. They also tend to be major employers. Because so many families are so heavily involved in their community schools and have these social ties, the decision to withdraw their children and take them elsewhere—whether to a charter or a private school—has effects beyond just the daily school attendance.

As such, school choice—or lack thereof—has become a point of contention in areas that otherwise voted
overwhelmingly in favor of President Donald Trump’s policies. Critics contend that Education
Secretary Betsy DeVos’ emphasis on school choice means very little in rural communities where the closest alternative campus can be miles away and cyber-charters are irrelevant in low-income homes with limited internet access.

“School choice is really complicated in rural areas not only because of the distance and financial
constraints that many rural families have, but also because rural schools tend to function as
anchors in their communities,” Karen Eppley, an associate professor in the Pennsylvania State
University College of Education and the editor of the Journal in Rural Research and Education,
told The Atlantic’s Hayley Glatter.

“What this study really makes the case for is that education policy doesn’t happen in a vacuum,
and education policies intended to improve children’s achievement also affect communities,” Gallagher told Education Week when The Urban Institute study came out. “Nobody wants to disrupt student learning but the decisions that they make inadvertently create instability in their communities, which can have a negative effect on their achievement.”

Lovey Cooper (@loveycooper) is a contributing editor with 100 Days in Appalachia, and reports on the intersection of politics and culture. Her work appears in The Atlantic, Vice, Rewire News and Education Week.