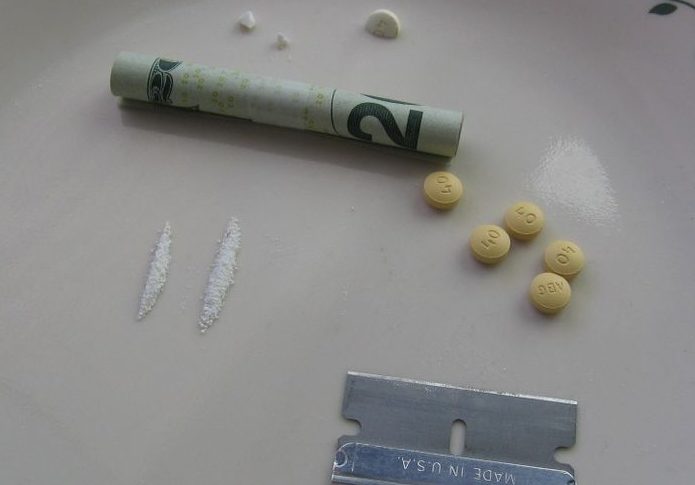 The Washington Post and 60 Minutes released an explosive report detailing how Congress hobbled the Drug Enforcement Administration’s ability to take down prescription opioid distributors. The exposé stars Joe Rannazzisi, who ran the DEA’s Office of Diversion Control from 2006 to 2015. Both news organizations celebrated Rannazzisi’s supposedly tough stance on the opioid industry, calling him “courageous” and an “outsider with an attitude.” The 60 Minutes segment was even titled “The Whistleblower.”

It was a hard-hitting story that forced President Donald Trump’s drug czar nominee to withdraw after the revelation that he was a chief advocate of the opioid-friendly bill. (Though not everyone agrees the story was as sinister as Rannazzisi says.) Either way, to my mind, there’s a far more important story to tell about how Rannazzisi and his former office contributed to the massive opioid epidemic that plagues our country. Because, ironically, there is perhaps no entity more responsible for the oversupply of opioids in this country than the DEA.

I discovered this startling information when researching my book, American Pain, about a young Florida felon who hired doctors and made millions selling oxycodone to addicts posing as pain patients. The DEA—tasked with fighting the war on drugs—has for the past two decades approved ever-greater quantities of controlled substances like oxycodone for manufacture and sale in the United States.

One of the DEA’s most important duties is to decide how much of each controlled substance can be manufactured by pharmaceutical companies each year. This process is crucial to public health, yet conducted almost entirely behind closed doors. Drug companies submit annual applications to the DEA’s Office of Diversion Control – the office Rannazzisi led for a decade – requesting to manufacture a certain amount of each controlled substance. The companies and the DEA negotiate over the amount, and then the DEA sets manufacturing quotas. The DEA then publishes only the total amounts requested by the entire industry and the total amounts it has approved. The public remains in the dark about how much any individual company can produce. Or why this amount is needed in the midst of the deadliest drug epidemic in history. Or what the company will do to ensure it doesn’t end up on the street.

The numbers are staggering. In 1993, the DEA limited oxycodone manufacturing to 3,520 kilograms. By 2015 – the end of Rannazzisi’s tenure at the Office of Diversion Control – the production number had skyrocketed to 137,500 kilograms. That’s a 39-fold increase in 22 years. And this was as overdose numbers soared and pill mills flourished. During Rannazzisi’s long tenure, the DEA could have choked off the supply of painkillers flooding American streets. That would have been “tough on Big Pharma.” Instead, the agency let the manufacturers crank out more and more pills.

Cutting back quotas wouldn’t have been a radical step. In the past, the DEA has fought drug waves by cutting supply. Speed pills were popular in the 1970s, so the DEA cut amphetamine quotas by a whopping 90 percent, and the illicit market died. In the 1980s, sedative-hypnotics such as Quaaludes became the new drug craze, and the DEA cut the methaqualone quotas by 74 percent, effectively erasing the problem.

One of Rannazzisi’s predecessors at the head of the Office of Diversion Control, the late Gene Haislip, was in charge during the Quaalude crackdown. He said it wasn’t easy to defy the pharmaceutical industry. But he told a reporter shortly before his death: “You’ve got to have some kind of principles.”

Now we’re in the midst of an epidemic that dwarfs those drug waves. Yet the DEA has chosen to focus primarily on targeting distributors and pharmacies instead of reducing the oversupply of drugs to them.

Nothing illustrates that oversupply better than the Office of Diversion Control’s National Drug Take Back Day. This year, the office reported, 450 tons – tons – of unused prescription drugs were submitted to thousands of collection sites across the country. Presumably not all were controlled substances, but the size of that haul is not something the Office of Diversion Control should be proud of, since it’s responsible for perennially overestimating the drug supply needed for the country’s medical purposes.

The sliver of good news is that for 2017 – two years after Rannazzisi’s ouster – the DEA finally reduced production quotas for several addictive narcotics, including oxycodone, hydromorphone, codeine and fentanyl. But even with these revised quotas in place, pharmaceutical companies are still permitted to produce more than 108,000 kilograms of oxycodone this year. The country survived on just 3,520 kilograms in 1993. Are we really in that much more pain today, or has the DEA allowed Big Pharma to create a generation of addicts?

The DEA should use its quota power to force drug companies to make sure their addictive wares aren’t heading to the street. Companies facing a massive cut in supply could no doubt be coerced to take strong measures to ensure that the drugs end up in the right hands… or else lose even more supply.

After all, what’s more important to the public’s health — the DEA’s ability to go after drug distributors who may be oversupplying, or its responsibility to stop that oversupply in the first place?

John Temple (@johntemplebooks) is the author of “American Pain,” a nonfiction book that chronicles how two young felons built a colossal pain clinic that sold drugs to addicts. The book was nominated for an Edgar Award and won the INDIEFAB Book of the Year award in True Crime. Previous books include “The Last Lawyer,” which won the Scribes Book Award in 2010, and “Deadhouse.” More information about Temple’s books can be found at www.johntemplebooks.com. Temple teaches journalism at West Virginia University’s Reed College of Media and lives in Morgantown, W.Va., with his wife and two sons. Prior to teaching at WVU, he was a newspaper reporter in Pittsburgh and Tampa.