The 100 Days in Appalachia team is growing!

At day 236 (but who’s counting?) into our publishing experiment, we are pleased to announce that we’ve hired several new contributing editors. These talented additions to the team will help us develop new content verticals, grow our network of contributors and publishing partners, and continue to build what has become an international audience for 100 Days in Appalachia.

Appalachia has something to say to the world, and we thank each of our readers for showing up to listen. We are also proud to note that this growth is in part supported by investment from The Democracy Fund helping us expand community-based reporting aimed at bridging America’s divides. 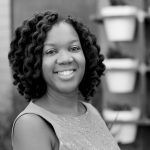 Crystal Lewis Brown (@c_lewisbrown) joins us as a Democracy Fund-funded contributing editor who will help lead coverage on race, religion and culture in Appalachia. Brown is a freelance journalist, editor and digital content strategist with more than 14 years of writing and editing experience. She has previously worked as Director, Editorial Operations for SheKnows Media, and held positions with Gannett and the U.S. Army. She has bylines in the Atlanta Journal-Constitution, Mommy Nearest, Doorsteps.com and Health.com, among others. She has also led and produced branded content projects for brands like Red Lobster, Natural Balance, Starbucks, Signature by Levi Strauss & Co., Capital One and more. Crystal is an alumna of the Poynter-NABJ Leadership Academy for Diversity in Digital Media at the Poynter Institute and the New York Times Student Journalism Institute. 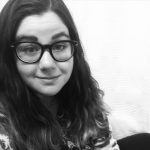 Lovey Cooper (@loveycooper) will be joining us as a contributing editor with an emphasis on the intersection of politics  and culture in Appalachia. Born and raised in rural North Carolina, Lovey is a graduate of the school of journalism at Appalachian State University. In recent years, she has contributed to award-winning projects and reports tackling issues of poverty and equity in America’s K-12 education system, and worked to increase the ease of access to federal and state policy experts and public information for journalists at small and large outlets nationwide. Her work appears in The Atlantic, Vice, Rewire News and Education Week. She currently serves as a fellow with Scalawag magazine, and is the voice behind the This Week in the South newsletter. 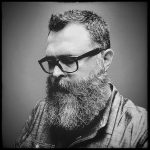 Roger May (@walkyourcamera) joins us as a contributing photo editor. May is an Appalachian American photographer and writer based in Charleston, West Virginia. He was born in the Tug River Valley, located on the West Virginia and Kentucky state line, in the heart of Hatfield and McCoy country. His photographs, essays, and interviews have been published by The New York Times, The Guardian, The Atlantic, Al Jazeera America, National Geographic, The Oxford American, Le Monde diplomatique, Photo District News, and others. May launched his crowdsourced Looking at Appalachia project in 2014. 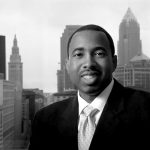 Keith Reed (@K_dot_RE) joins us a Democracy Fund-funded contributing editor. He will be helping build a new vertical looking at race relations in Appalachia for 100 Days and serving as one of the special project leads in our reporting collaboration with Morgan State University School of Global Journalism and Communication. He has been a journalist for 17 years, having served as a senior editor at ESPN the Magazine, a staff writer at The Boston Globe, and a contributing writer for Vibe, Essence, Ebony, and numerous other publications. He has also lent commentary on the economy, culture and sports to CNN, MSNBC, CNBC, NPR and many other outlets. A past board member of the National Association of Black Journalists, he was elected for three terms, including two as the organization’s national treasurer. His first piece for 100 Days covered the aftermath of Charlottesville

The 100 Days in Appalachia team is growing!