On the first overcast Monday after rioting here, across from Charlottesville District Court, a man gripes to a reporter about unwanted guests. He won’t share his name for fear his opinions might impact his job (which he also doesn’t disclose) — so his description is important: he sports an average build over a 5-foot-nine-inch frame, which is covered by a worn, green T-shirt over faded dad jeans. He’s in his early fifties. He is white with short, salt-and-pepper hair. He registers the things he can’t understand about the preceding weekend’s events in a tone that’s half-complaint and half-inquisition; he’s OK with his thoughts being on record if somebody can help him make sense of things.

Among things Green Shirt doesn’t get: What do the red, black and green flags carried by some of the counter-protestors of the white supremacists represent? Why can’t the word “Black” be replaced with a more universal “All” before the words “Lives Matter” on the dozens of T-shirts he saw over the tumultuous past weekend? Green Shirt shrugs when the reporter explains that those colors have been a symbol of solidarity to some African-Americans for nearly a century; shoots a quizzical look when his second query is met with a question in-kind: “If all lives really matter, have you known anyone who looks like you who’s been killed by a cop who was never charged?”

Despite his bafflement at the symbolism in last weekend’s counter-protests, Green Shirt reserves most of his ire for the waves of neo-nazis and white supremacists who converged on this same spot 48-hours prior. Their violence and hate-speech, he said, were never welcome. The stain they left on Charlottesville’s reputation isn’t appreciated. The life of the 32-year-old woman who died in a vehicular attack was far more important than their right to free speech, he said.

“I just want to know who even invited them? And why’d they come here? We didn’t want ‘em.”

Last week’s violent protests in Charlottesville grabbed the world’s attention, led to condemnation of American racism by, of all people, Iran’s supreme leader, the dissolution of two presidential advisory councils and a stunning display of tone deafness by said president. It has roiled American politics. And it caught residents of this prosperous college town nearly flat-footed. Locals are quick note that the bloody clashes in their downtown were the work of outsiders. But they can’t grasp what drew them here by the hundreds, turning Charlottesville into the scene of one of the country’s worst incidences of racial-political violence in decades.

It’s true that far more property damage and injuries have occurred in clashes between protesters and police in places like Ferguson. But those skirmishes — preceded by years of police misconduct and abuse — were like the boiling kettle that everyone should have heard whistling. And they weren’t terrifying reminders of a past era of American racial terrorism: hordes of white men, obscured by Klan sheets, carrying torches, flying swastikas, chanting Nazi slogans and being accompanied by right-wing militiamen who local officials feared might have outgunned police. If Ferguson was an uprising against abuse of police power, Charlottesville was something more incendiary — a gathering that could not have ended in anything but the tragedy that occurred. In the aftermath, people here are struggling with how their city was added to the list of places with historically tragic significance: Birmingham. Kent. Ferguson. Tulsa. Charlottesville.

James Alex Fields Jr., is making his first court appearance 50 yards from where Green Shirt is complaining. Accused of using his car to kill 32 year-old counter protester Heather Hayer, Fields, like hundreds of other white supremacists in the crowd, isn’t from here. But while he sits detained without bond by the Commonwealth of Virginia, his comrades are long gone. Downtown shows little signs of the past weekend’s chaos. About four blocks west of the courthouse is the main branch of the Jefferson-Madison Regional Library, so named for the two Presidents who were born here. A banner that reads, “Diversity Makes Us STRONGER”, and features a cross, a star of David, a star-and-crescent and other symbols hangs across East Market Street. A sign in front of the library’s entrance reads “All Are Welcome.”

At the First Methodist Church a block to the northwest, more banners: “You Are Welcome Here,” and a verse from the 133rd Psalm about all God’s people living together in unity. But it’s the parcel between the church and the library that started the discord. Officially, it’s called “Emancipation Park.” Mostly the homeless camp here, interrupted at lunchtime by white-collars taking a shortcut between Jefferson Street and East Market. But in the middle of the park sits a 26-foot-tall bronze cast of Robert E. Lee astride a horse. The statue was erected in 1924, during Jim Crow’s heyday. The park was named for Lee–who after the Civil War urged that the South accept defeat and not construct such monuments — until February, when Charlottesville’s City Council voted to change it and remove the statue. The city council had long been pestered to do so and was finally pressured into action by a petition movement.  Locals say the statue had long been divisive, but was something they thought of as a parochial matter until hate groups decided to use Charlottesville for their stand in defense of the Confederate imagery.

“If stuff like this is going to happen, why don’t they just take it down? Take them all down,” said Kandis Sowers, a 35-year-old Charlottesville native who walked by the park last Monday? “That poor child lost her life,” she trailed off. Her sentiment was typical among more than a dozen people interviewed downtown in the riot’s wake. Landscaper Wayne Greer, who is white, said said he’d always thought of the monument as a marker of history, not a symbol of a war fought over racialized slavery. He previously hadn’t wanted the statue to go, “but now? Maybe so.”

Some showed their opposition with more than words. As reporters scoured the park for interviews and tourists shuffled by to take photos of the doomed statue, a woman walked up and staked a sign in front of it, unofficially renaming the space “Heyer Mem. Park” — a misspelled tribute to the fallen counter protester. Another woman had a stronger protest: cutting through the bushes ringing it, she unhooked a black romper, squatted and urinated on the statue’s base. Tattooed, bespectacled and wearing a knife which she said was a wardrobe staple, the woman would only identify herself as Crusty-P. She’s 29, originally from Queens, N.Y., and said she witnessed the fatal crash from about 20 feet away.

“I figured that was the best place to use the bathroom,” she said. “If people are no longer afraid to be Nazis out in the open, why should I be ashamed of that?”

Understanding where Charlottesville lies helps in understanding why people here say they’re stunned at what transpired last weekend. Yes, the city is distinctly Southern, a town of about 10 square miles and fewer than 50,000 residents. It sits along the scenic Blue Ridge Mountains, which provide stunning views as you approach along Interstate 64 — and places it technically in Appalachia. But that geographic description is a cultural and political half-truth; this isn’t the hills of West Virginia, where many still hope the president follows through on his promise to bring back coal jobs. Charlottesville’s median income is $49,775, the surrounding Albemarle County’s is $68,449, both above the national median. About half the people here are college educated and a significant number work in government or at the University of Virginia or it’s renowned research hospital.  It’s not Trump Country, either. These aren’t stereotypical, Conservative hill people bent on slashing government and hating elitists. Hillary Clinton trounced Donald Trump in Charlottesville by a 66.5-point margin; she won Albemarle by more than 20 points.

John Palmer noted those differences after two hours from Martinsburg, WV, to bring four-year-old grandson Chaiem to see the statue before it’s torn down. Palmer, 51, and Chaiem, are African-American, and he says his mostly-white neighbors in Martinsburg had clung to their support of Trump until last weekend. “I told them, ‘Y’all voting against your interests’,” he said. “Now, they all say, ‘I didn’t vote for this.’ They regret it.”

Even as a Black man, Palmer said he understood many Southern whites’ affection for the Lee statue because he served in the Army. Military families hold tight to their forebears’ sacrifices, even if they fought on the losing side. But he believes the Charlottesville riot will come to be seen as a turning point in that debate. “Don’t nobody want to be seen as representative of that. It stands for something too bad now.”

Everyone in Charlottesville has an opinion about what happened here, though only a very small quadrant was affected. The Rev. Seth Wispelwey,36, lives about two miles from downtown on a street of neat houses set back by big yards. He considers Charlottesville the “very wealthy, university town” that became his home base despite being born in the New York suburbs. His father was an early HIV researcher and moved the family here from Boston to work at the university hospital when he was only five.

Wispelway, who is white, wears a Black Lives Matter t-shirt and punctuates his sentences with expletives and drags off a cigarette as he recounts efforts to prepare dozens of local clergy for last week’s protests. The violence, he says, should have been expected; there was a cantankerous Klan rally here not that long ago. But Charlottesville’s relative privilege, he says, lulled many people into a false sense of security that’s now been shattered.

“We were saying people could die on Saturday, and they did. We knew it was going to be 100 percent worse than the Klan rally.” Wispelway is what the kids call “woke”: he attended UVA but shunned a lucrative career in finance or medicine to commit himself to social justice. He and his wife — also a minister — adopted an Afro-Latina girl whose confusion at why the city has a monument to a man who fought a losing battle over slavery pushed him to join the movement to remove it. None of his prior work, though, prepared him for what he saw last week, or what he believes is the terror it foreshadows.

“They feel emboldened, not defeated,” he said of the white supremacists. “That statue…they wanted to light torches and dance around a totem. They want to go to the Freedom Trail in Boston and dance on it. They want to revise history in a way that’s more fucked up than it already is and they will hurt more people.”

Keith Reed is a Pittsburgh native who has written for ESPN the Magazine, the Boston Globe, Ebony, Essence and many other publications. 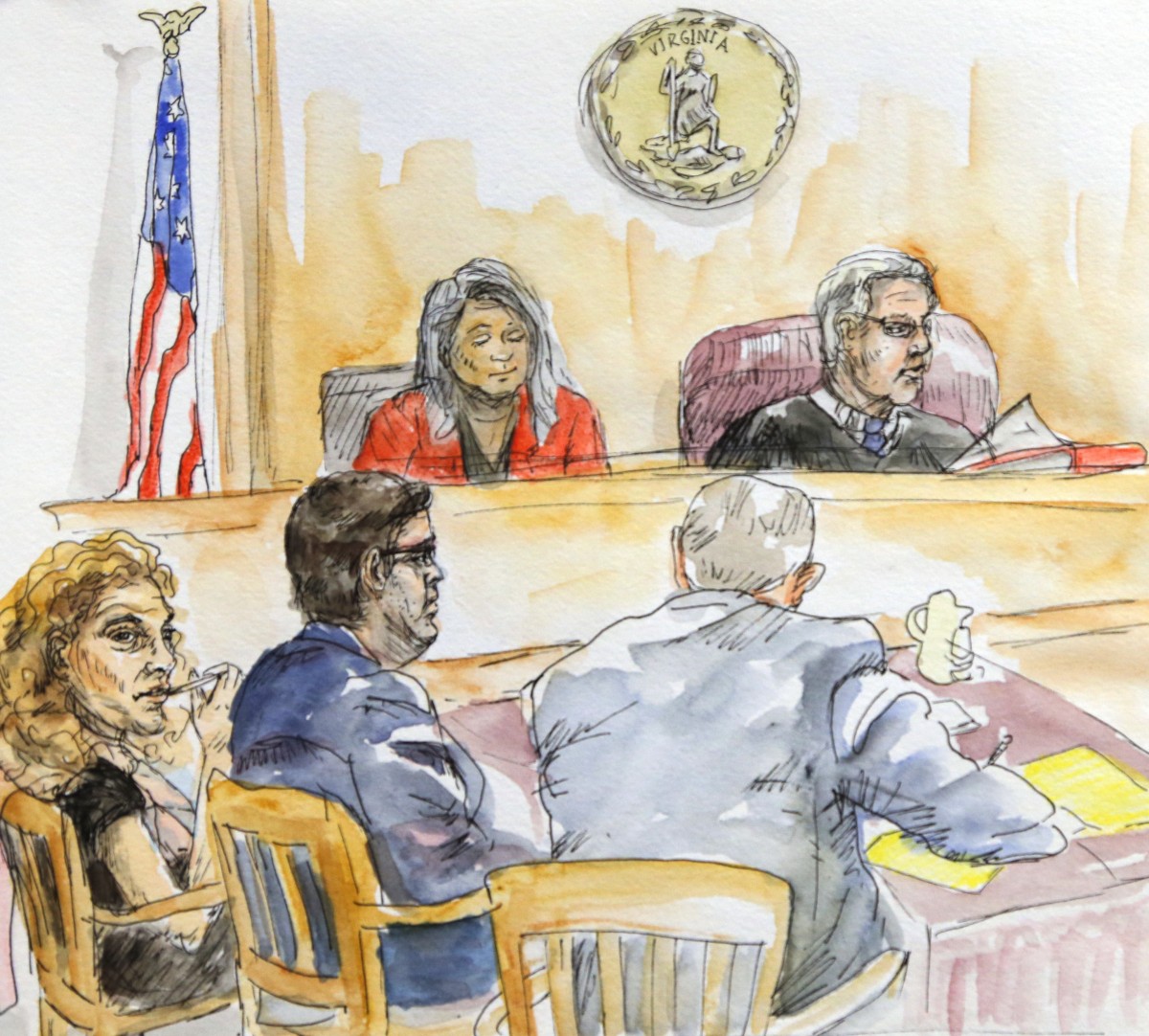 On August 12, 2017, 32-year-old Heather Heyer stood in a crowd of people who gathered to protest a…
byAshton Marra 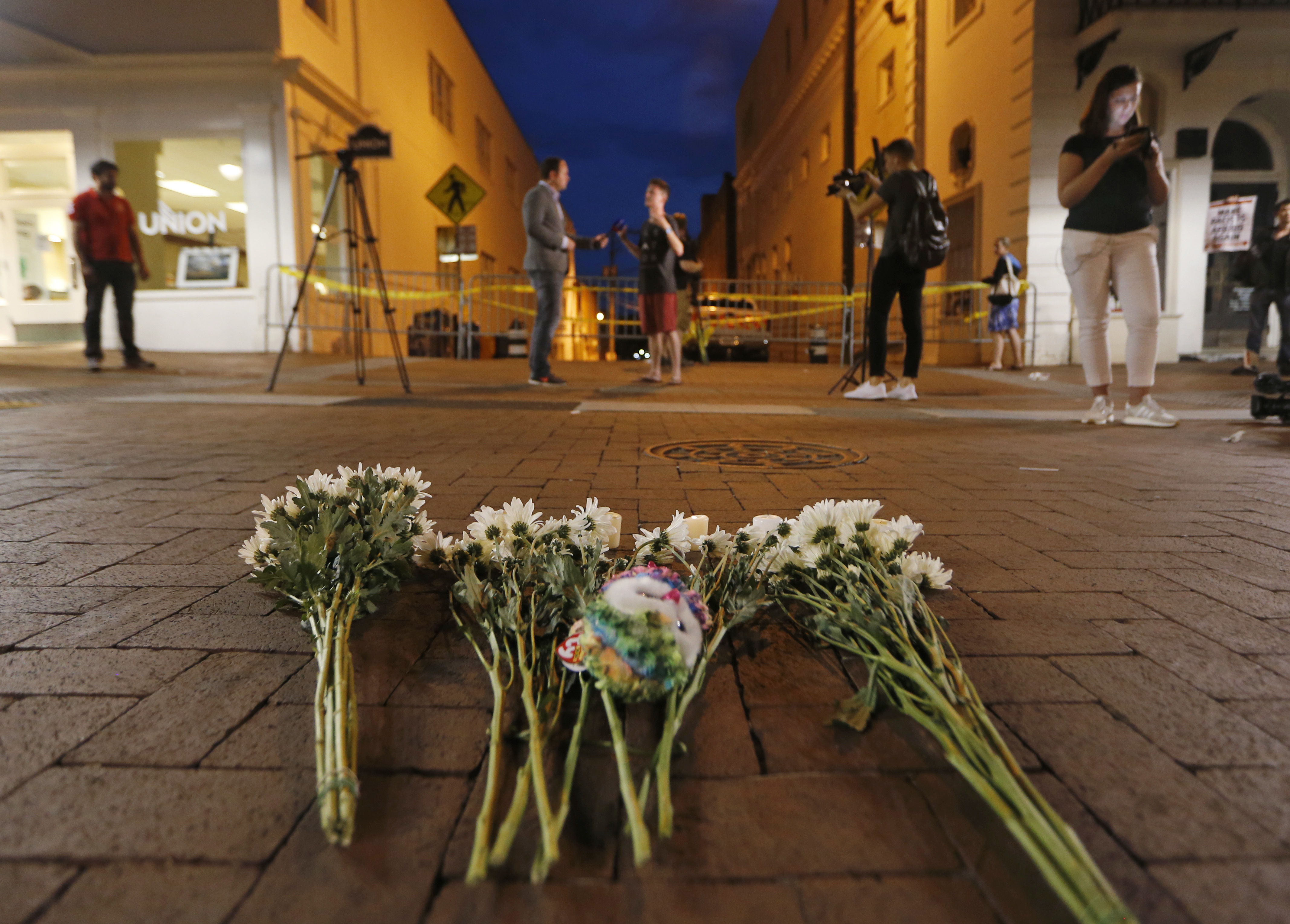