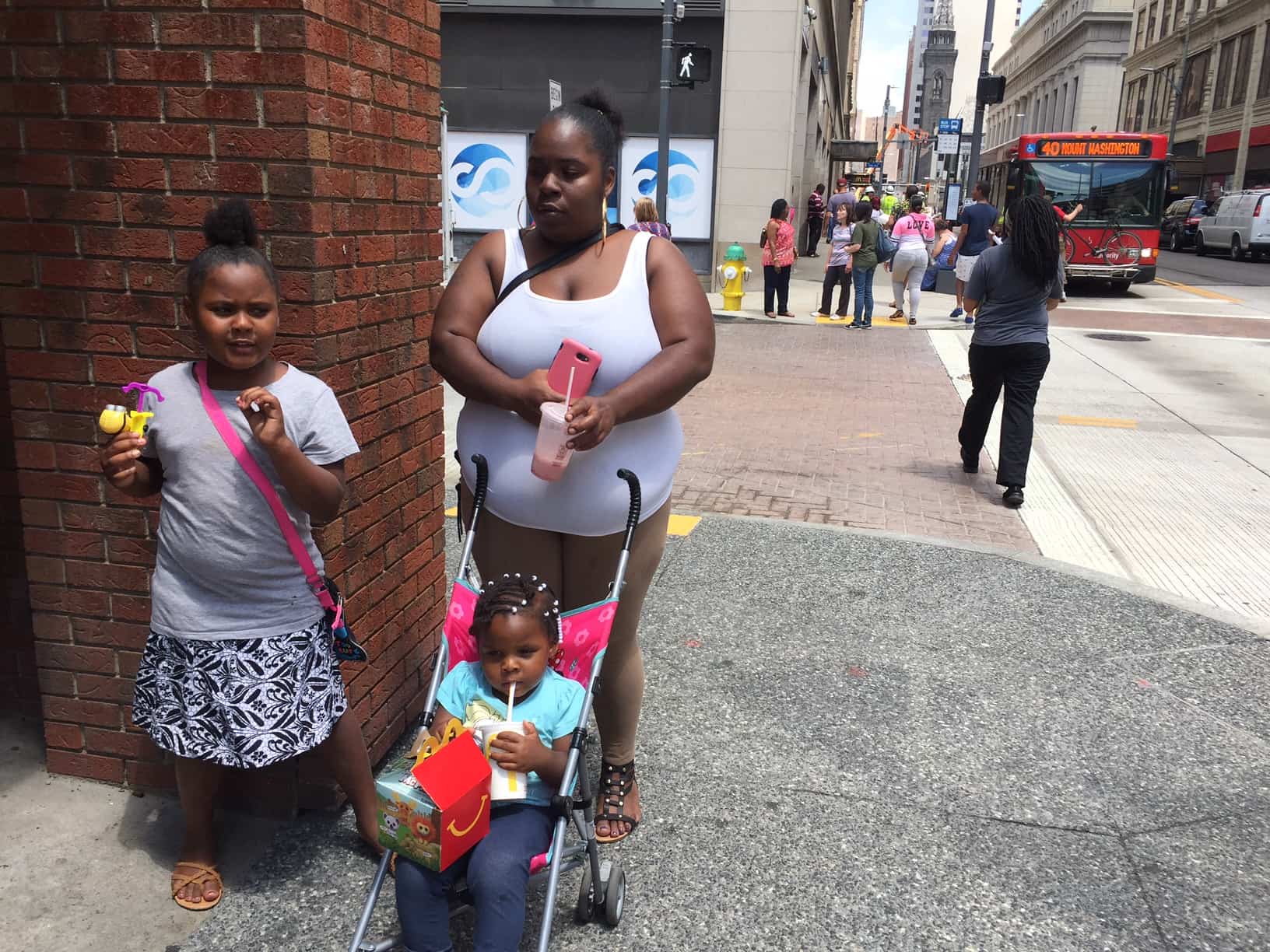 Pittsburgh is known for its history of steel, contemporary tech boom, and often, high rate of inequality. But who is subject to that inequality? And in what aspects of their life? And is it getting better or worse? A new tool is hoping to measure just that.

Ashley Morris, 26, often brings her 7 and 3 year-old-daughters, Taniea and Ta’naea, along with her to run errands downtown. Morris said getting around can be tough.

They live in an apartment in Pittsburgh’s Hazelwood neighborhood, a predominantly African-American area that saw economic decline after the city’s last steel mill closed there in the ‘90s. Although the bus line runs right by her place, Morris doesn’t like it there.

“There’s no convenient store, we have to go all the way down to the bottom of the hill. I just got my section 8, so I’m looking,” she said.

But approval for Section 8 vouchers doesn’t mean automatic placement into the low-income housing program through the U.S. Department of Housing and Urban Development.

“They said that [it’s] first come, first serve. If you don’t have the money, they can’t hold the house. So, it’s been kind of hard,” said Morris.

While there are plenty of similar anecdotes in the city with a poverty rate around 12 percent, researchers are trying to quantify the equity gaps in indicators like jobs, transportation, and health – who is impacted, and why?

“A lot of those times you can trace back inequalities to money, but sometimes it’s not about money,”  said Michael Jacobson, Executive Director of the Institute for State and Local Governance at the City University of New York.

His organization has developed a process to measure and score these various indicators. It was piloted in New York City a few years ago. Now it’s expanding to Pittsburgh — as well as Dallas, Oakland, St. Louis, and Tulsa. It takes a granular look at each metric.

“[It looks at] not just who has housing, who’s evicted from housing, who can’t get into housing, what’s the experience of public housing for people with felony convictions,” said Jacobson.

He said the greatest value of this tool is its ability to track things over time — to see if they’re getting better or worse. Pittsburgh Mayor Bill Peduto said government must know if the actions it takes are having a positive effect, especially these days.

He calls that an economic disruption, and said Pittsburgh has to learn from the last one it saw, and that means recognizing the inequity it created. The once booming steel mills, all since closed, created a big disparity between those who worked in them and those who operated them.

“There’s a growing gap of poverty, and it’s happening not just in urban areas, but in rural areas as well,” said Peduto. “If we can come up with how to lessen that gap, the potential is there to create the rural model.”

“It’s very clear that there are populations that have been left behind all across the region, it’s not uniquely a Pittsburgh or city issue,” he added.

Laura Fisher is with the Allegheny Conference on Community Development. She said — across the country — as jobs become more complex, the skills gap is only likely to increase. There’s a lack of entry level jobs in the city is challenging for people of color, but in rural Fayette County, Pennsylvania many white families are also facing fourth and fifth-generation poverty.

“The pipeline is not what it needs to be, and that we have to really seriously thinking about how we invest in talent, think about how companies get engaged in career awareness activities and in supporting training,” said Fisher.

Fisher said public transportation throughout the region is lacking — one of the greatest barriers to employment and equity. But she says personal challenges, like unpredictable work schedules and childcare, are contributing to inequalities.

“It’s not a lack of wanting the training or having the ability to learn,” said Fisher. “It’s the life issues that get in peoples way.”

Pittsburgher Ashley Morris said she doesn’t want to receive social security and welfare, but continues to struggle to find work.

But through the Office of Vocational Rehabilitation, she’s expecting to start a new job this summer.

In collaboration with CUNY, Pittsburgh is still finalizing its research strategy, and will start the measurement process by the end of the year.

Mayor Bill Peduto said he intends to keep the project going for years to come, and hopes to make the scorecard a public resource for businesses, government, and residents to help them make the changes they’d like to see.

Virginia Alvino Young (@VirginiaAlvino) is a native of Las Vegas, Nevada, and has been reporting at public radio stations across the country since earning her MBA at Willamette University. She currently reports on race, identity and equity for Pittsburgh’s NPR station, WESA. Virginia lives on the north side of Pittsburgh with her husband Jeremey, and cat Bean.